Predicting the Future of Robotics 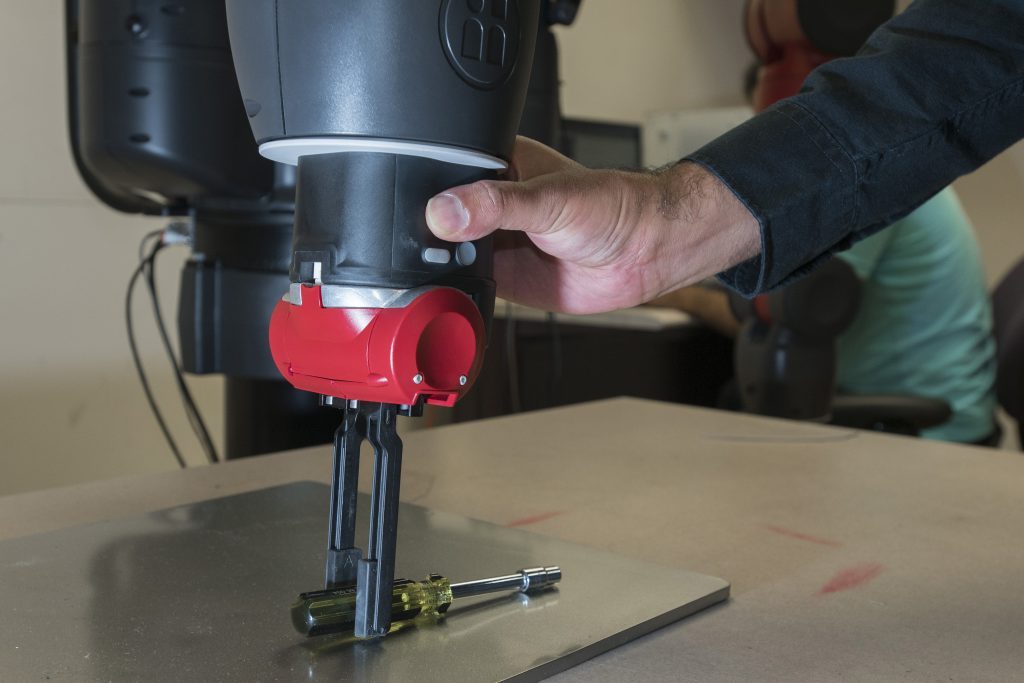 Assistant Professor Abhishek Dutta is just one of these professors who specializes in robotics, with an emphasis in biological robotics.

“My hope is to create a bionic robot, as in a biologically constructed robot,” Dutta said.

Dutta works to create cyborgs, which are micro-circuits interfaced with organisms resulting in a controlled organism, which means he also faces challenges with biology.

Recently, Dutta released research related to control of cockroaches through the creation of a newly designed microcircuit. Connecting this small electronic “backpack” to the back of the cockroach, Dutta and his graduate students believe that there are unlimited applications, including use in search-and-rescue missions and national defense.

“My biggest challenge is to run this interdisciplinary lab that relies on as much engineering as much as biology,” he said.

Dutta said he hopes that over the next few years robotics research will advance to create more social robots, and ultimately reach human-like cognition.

If robots are going to reach human-level cognition, artificial intelligence and autonomy would also have to advance, and that is where Associate Professor Shalabh Gupta comes into play. Gupta researches how to improve robots autonomy, which has many different aspects, he said.

“The biggest challenge for autonomy is when the robot is in an unknown environment and the robot doesn’t know its surroundings. When you leave a robot in a building, it has to completely make its own decisions, and we have to learn how to optimize that decision making in the robot,” Gupta said.

“You can ask it any question and it can give you answers from anywhere,” Gupta said.

However, once you place the robot in an environment with other humans and moving obstacles, the robot struggles with the decision-making process, and the research on that is still ongoing.

“It has to learn human patterns,” Gupta said, “We are trying to reach how humans think, but we don’t know how to replicate that. The data is big, but we have to figure out how to make sense of that data.”

To learn human patterns, these robots need to be collaborative and safe. Professor Ashwin Dani specializes in this area, and he said he sees big advancements in the collaboration area in the near future.

“Human-robot collaboration, design and development of collaborative and safe robots, building intelligent machines using advances in machine learning and artificial intelligence, are some of the things that are happening in the robotics and automation community,” said Dani.

For challenges in these advancements, Dani cited infrastructure as the main obstacle for robotics advancement.

“For any robotics research, infrastructure is most critical. It takes time to build the right infrastructure and support system to carry out long-term research,” said Dani.