Preparing to Face a Hurricane 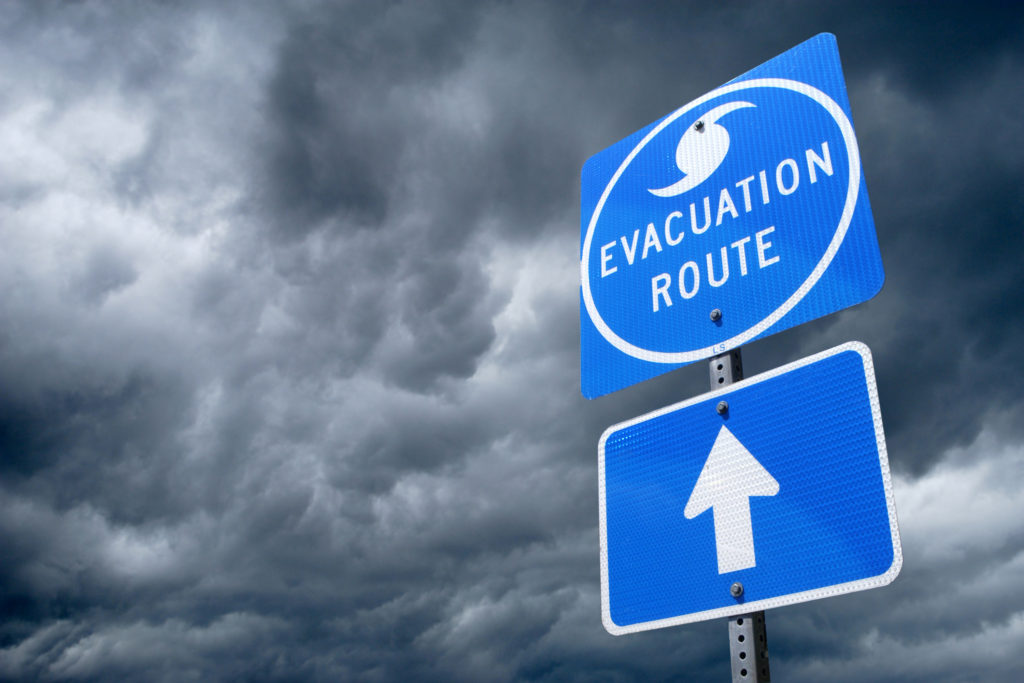 UConn researchers have developed a model that can help Connecticut use its storm centers more efficiently – and also save money. (iStock Photo)

The next time Connecticut is facing a hurricane, the response may be better organized and more efficient, thanks to the combined efforts of UConn researchers and the Connecticut Division of Emergency Management and Homeland Security (DEMHS).

“What Brett’s model and work is helping to do is be more strategic in the maintenance and planning and the provision of supplies and stuff at these locations,” Lownes says. “At the end of the day, it’s trying to give DEMHS a leg up in being prepared for hurricanes and dealing with a limited budget.”

DEMHS is responsible for an integrated and coordinated emergency management and homeland security program throughout the state. 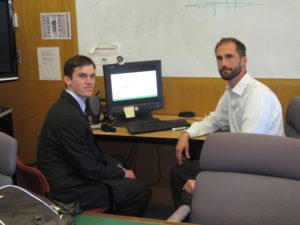 Master’s student Brett Decker, left, and associate professor of civil and environmental engineering Nicholas Lownes have developed a model that can help Connecticut use its storm centers more efficiently – and also save money. (Josh Garvey/UConn Photo)

Decker’s model, called a facility location model, is designed to minimize three factors: the travel time from home to shelter, the people not assigned to a shelter, and the cost of opening and operating an emergency shelter. To create the model, Decker looked at flood data along coastal regions, population data, the location of shelters, and other information.

Different weather scenarios can be put into the model, which can help people explore the results of different storm categories hitting the state. This can lead to some surprising results.

“We found that no matter how hard we ramped up the number of people evacuating, we never opened all the shelters.” Lownes said. “The maximum number of shelters we opened was somewhere in the neighborhood of 180 out of 220. That’s a 10 to 15 percent savings potential.”

He described the current approach as being aware of the existing shelter capabilities and making decisions on a case-by-case basis. By using a facility location model like the one Decker and Lownes have constructed, the approach could become more systematic and efficient.

The researchers say, however, that the model isn’t a quick-fix solution, as there are many unknowns. One area of uncertainty is how many people will require shelter from any given storm – many people choose to stay with friends or relatives or simply go to a hotel.

“There’s a lot of uncertainty in what we’re doing,” Lownes says. “We’re not saying ‘this is the single best solution.’”

Lownes and Decker presented their model to DEMHS last fall.

William Hackett, director of state emergency management, was impressed: “Their research really put together public safety, the academic side, and the private sector in sheltering and large-weather response,” he says.

Decker’s work has led to an internship with DEMHS this semester, which is allowing him to refine the model. The facility location model is based on assumptions; by incorporating DEMHS’s extensive first-hand knowledge, those assumptions can be made more accurate and true-to-life.

“We could look at different hazards and how they might affect different areas,” says Mike Caplet, DEMHS Region 4 coordinator. “[Brett] has got a model, and we can tweak it with all of the details with local and regional partners – get that on-the-ground input.”

“We consider UConn a partner in our emergency management program,” he says. “Brett exemplifies the future of emergency management, using models to enhance our current policies and procedures. We welcome anyone who has interest in this sort of planning and modelling to work with us.”

Decker, who also earned his undergraduate degree at UConn, became interested in hurricane preparation and helping people who have been hurt by large storms after a trip during his sophomore year to New Orleans for rebuilding after the hurricane. He went again in his junior year, then led the trip in his senior year, with around 55 students building homes in the area. That passion led him to his graduate work, after a discussion with Lownes.

Lownes suggested that Decker work with him on a Department of Homeland Security fellowship, which facilitated the creation of their facility location model.

“Before Dr. Lownes talked to me about it, I didn’t think it was possible to combine my interest in engineering and transportation specifically with the volunteer work I’d done in New Orleans,” Decker says. “Being presented with this opportunity was very motivating for me, because I could maybe work toward planning so that what happened in New Orleans doesn’t happen in Connecticut.”