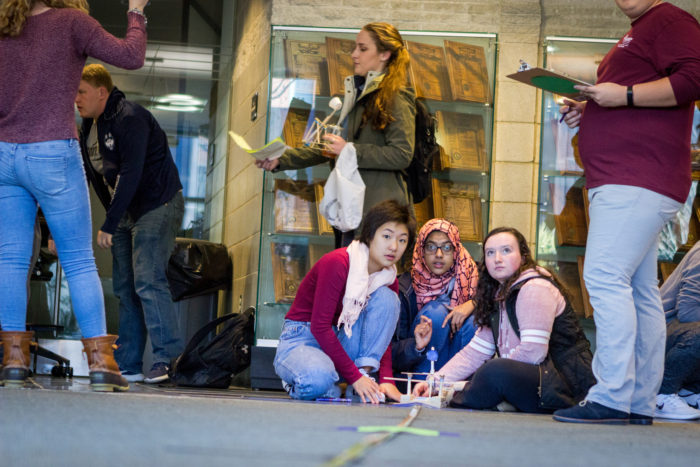 Three students look on as they test their catapult on the day of competition. Nearly 700 students participated over a 3-day span.  (Christopher LaRosa/UConn Photo)

There are countless examples of simple tasks in life that have the perception of ease, but the appearance of simplicity is often merely a mirage. That mantra is one of the numerous themes of the annual catapult/trebuchet competitions that are run in ENGR 1000, the introductory class for School of Engineering undergraduate students.

Taught by Professor Kevin McLaughlin, who is also director of the Engineering Diversity and Outreach Center, ENGR 1000 is a course that exposes new UConn Engineering students to the different disciplines of engineering, gives them some baseline knowledge, and most importantly, allows them to gain some hands-on experience in critical thinking and project management.

That hands-on theme is critical for new students, which is why McLaughlin introduced the competition into the curriculum nearly a decade ago.

McLaughlin himself, who had a curious interest in the mechanics of how things worked when he was young, said that his early experiences shaped his success later in life: 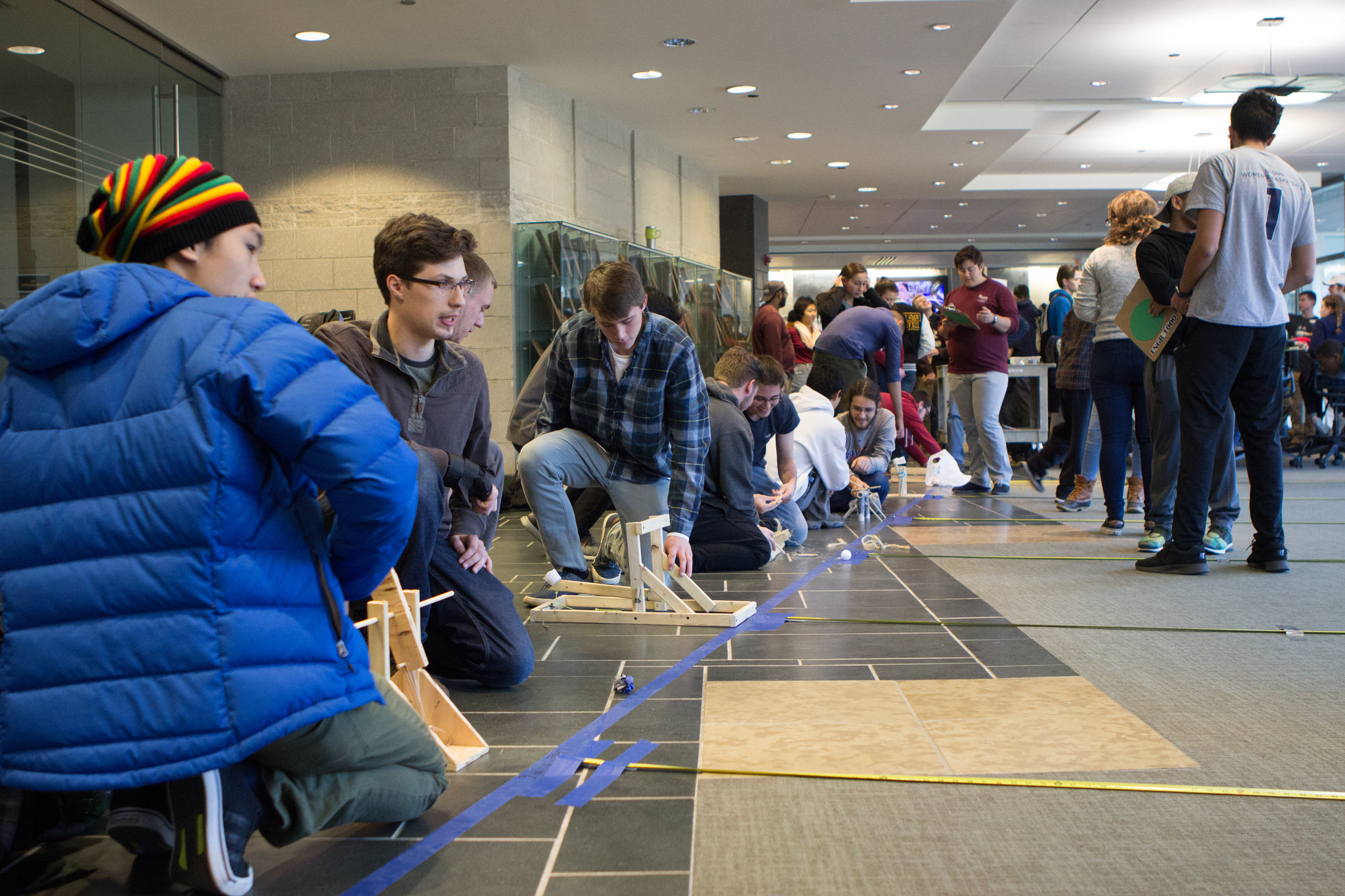 “There were many defining moments in my life that shaped my future as an engineer, and later as an engineering educator, which were based on just figuring out how to build and fix things on my own,” McLaughlin said.

“One of those major moments happened when I was younger, and the engine on my car broke down. There was no money to have someone repair the car or to buy a new car, so I had to completely rebuild the engine myself.”

McLaughlin then spent his free time agonizingly working on that engine, until he eventually fixed it, and drove the car without issue for another 100,000 miles.

While the catapults might not be as complicated as car engine repair, freshman engineering students, who are broken up into groups of 2-4 people, are given two weeks to build a choice of three different types of devices, which are a catapult, trebuchet, or ballista. Students are graded and scored based on the accuracy of the device, budgeting of costs and are given bonus points for automation of the launch. At the actual day of competition, groups launch either a practice golf ball or ping pong ball at a target several feet away.

Nick Benco ’21, an engineering major with an undecided concentration, said that the seemingly simple project caused a lot of headaches for his group during the actual assembling process:

“When we were testing it on the day before the competition started, we had a really stressful moment where the screws popped out, and it completely broke,” Benco said. “They took away all the tools on the last day, so we really had to think on our feet.” 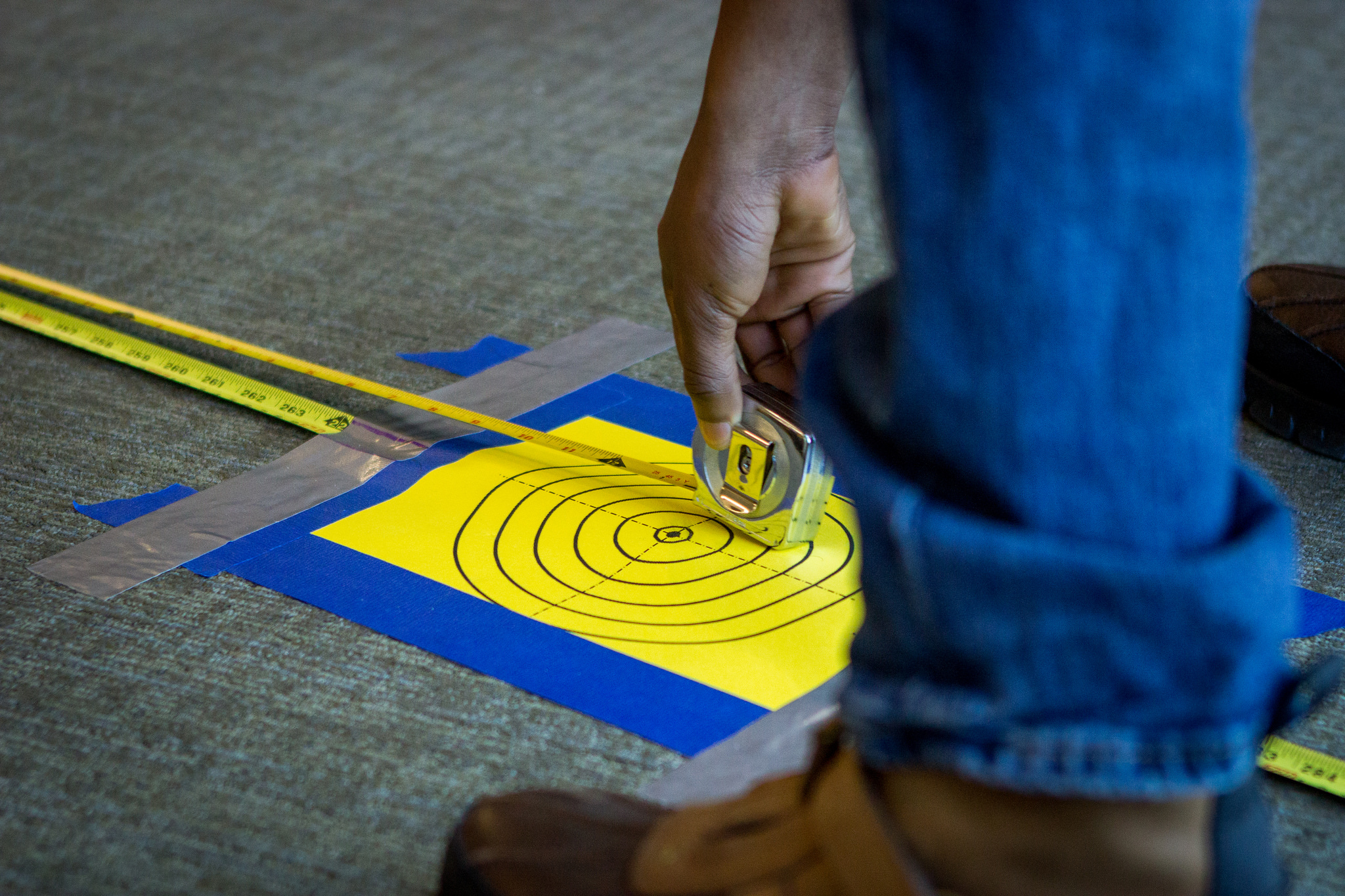 One of his group members, Alex Mueller ’21, a computer science and engineering major, said

that while the project wasn’t directly related to his academic concentration, he appreciated the ups and downs of the building process:

“Once we got down to actually creating our project, it was definitely challenging, especially since only basic instructions are given,” Mueller said. “But it was good because it really taught us how to think, design and work together to accomplish something in a short time frame.”

That thinking is the essence of McLaughlin’s learning objectives for this competition. For him, the goal is to put students in situations they would encounter once they graduate:

“What I’ve learned throughout my life is that confidence is created through doing,” McLaughlin said. “Any professor can give a term paper. I wanted to give my students the chance to build group skills that would be attractive to corporations throughout their careers.”

For more information on the School of Engineering undergraduate program, click here.