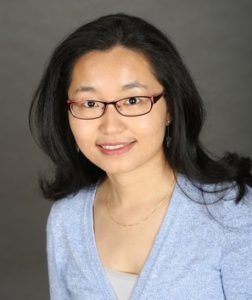 n assistant professor in the Department of Mechanical Engineering, was recently awarded a $450,000 Young Investigator Research Program grant from the Air Force Office of Scientific Research.

Zhao, who joined the university in 2015, is one of just 43 scientists and engineers selected to receive awards from a nationwide pool of 285 applicants. The $19.1 million program funds outstanding young investigators who have shown “exceptional ability and promise for conducting basic research,” according to the announcement from the AFOSR.

Zhao’s proposal, which was named “’Pockets” in Highly Turbulent Premixed Flames: Physics and Implications on Modeling,” focuses on the efficient combustion of highly turbulent premixed flames and will begin in early 2018. The three-year grant will allow Zhao to hire one full-time and one part-time Ph.D. student to help carry out her research.

As part of her research, Zhao and her students will be using high performance computing facilities at UConn, as well as highly advanced supercomputer resources from the U.S. Department of Defense, to carry out the computationally-intensive simulations.

Zhao said that she is excited to start, as this research could test the limits of energy exertion in aeronautical engines:

“Mixing and reactions happen simultaneously in aeronautical combustors, and the intense turbulence often gets the flame surfaces to wrinkle, just like a torch flame when there is wind,” Zhao said. “When that wrinkle happens, it increases the surface area of the flame. The larger the surface area, the faster the burning rate, which will allow for a larger energy conversion rate.”

That flame wrinkling, Zhao said, is key towards proving her hypothesis:

“While it’s widely understood that there is a certain limit to the wrinkling of a flame, I hypothesize that at a certain level, a transformation occurs, where the combustion changes from a surfacepropagating mode to a volumetric burning mode, which increases the amount of energy released.” 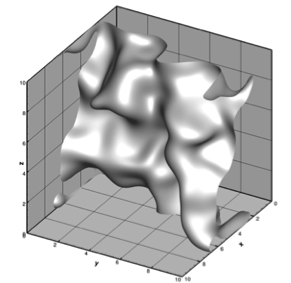 The study will yield insights into the physics of premixed flames and will help researchers model combustion processes more accurately. Zhao says the research could have positive implications for not only the Air Force and the U.S. Department of Defense, but also the aerospace industry as a whole:

“There are more and more stringent regulations every year now for emission in that industry,” Zhao said. “This research will hopefully deepen our understanding of the combustion processes and eventually lead to developments that could help with emission reduction, while also allowing planes to fly farther on the same amount of fuel.”

For more information on Zhao and her research, please visit the Computational Thermal Fluids Laboratory website.