Pratt & Whitney recently donated $2,000 to help send four University of Connecticut (UConn) students to Hyderabad, India in conjunction with the opening of the Project Krushi primary school in the village of Gowdavally on July 17. The 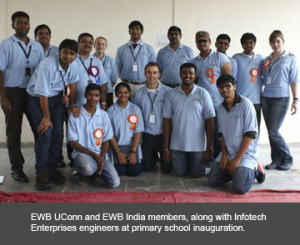 primary school will be used to educate elementary-age children from nearby villages and the Association Saikorian’s Project Krushi, a home for children from difficult circumstances, who are housed, educated and then integrated into the mainstream society. Since 2004, Pratt & Whitney has supported Project Krushi’s work through an annual contribution to the Association Saikorian that now totals more than $148,000.

The students, members of UConn’s chapter of Engineers Without Borders, became involved after Michael Reiter, Advanced Technology Component Integrated Product Team (CIPT) manager for Engineering Integrated Solutions Group, Pratt & Whitney, approached the group last year. Nikhil Shah, a senior math major, emerged as the team lead after expressing an interest. While the original plan was for EWB-UConn to help remotely, it was later suggested that it would be beneficial for them to travel to India. In addition to the funding from P&W, the EWB-UConn chapter raised funds on its own to make the trip possible. View a photo album here.

Shah and Gabrielle Frey, a junior studying chemical engineering, arrived in Hyderabad on June 12. They were joined by Adrienne Miceli, a sophomore chemical engin 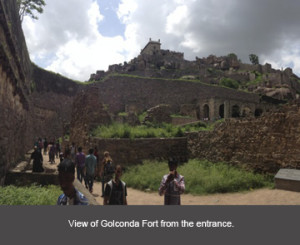 eering major, and Justin Liquori, a junior studying mechanical engineering, on July 3. The four students stayed until August 21. Shah and Frey worked directly with the primary school, overseeing the construction of features including the playground, kitchen, landscaping and a water harvesting system.

During their time in India, the students resided at the Krushi Home. “Staying at the Krushi Home, we were constantly surrounded by the children,” said Shah. “We saw how they spend their day and we had the opportunity to learn what sorts of things are valuable to them.” 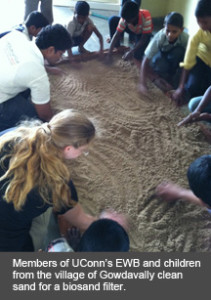 As part of an initiative to incorporate more science, technology, engineering and math (STEM) fields into the curriculum, the UConn students coordinated with the science teacher at the Krushi Z.P. High School in Gowdavally to incorporate experiments that will directly address community issues such as pollution, water scarcity and energy. They were also interested in how the e-learning center at new primary school facility can be used to teach STEM fields.

While staying with the Krushi children, the UConn students learned how to play the game cricket, and to eat rice with their fingers. But more important, their interactions with the children gave them the opportunity to reflect on what they take for granted.

“These children are bright, happy and wonderful,” said Shah. “They have far less than us, but they are so proud and excited to have the opportunity to live here.”