Mukul Bansal, assistant professor of computer science and engineering, was recently awarded the prestigious NSF CAREER award for research on protein domains in the amount of $499,576. Protein domains are well-characterized functional constituents of genes that can be independently lost or gained during evolution, and domain shuffling is one of the primary mechanisms through which genes evolve and gain new functions. Proper inference and accounting of domain-level evolutionary events is crucial to understanding how genes evolve and function, but existing approaches for studying gene evolution ignore domain-level events. The newly funded research will lay the methodological and algorithmic foundations for a novel computational framework that addresses this critical problem and will benefit almost all areas of biology. 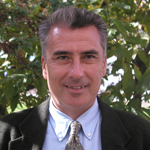 Baki M. Cetegen, UTC Chair professor of mechanical engineering, has been elected to serve as vice president and president elect (2016-2018), president (2018-2020) and past president (2020-2022) of the Connecticut Academy of Science and Engineering (CASE). Cetegen holds M.S. and Ph.D. degrees from the University of California, Berkeley and Caltech respectively.  His research area is in thermal-fluid sciences with particular interest in the experimental characterization of flames and plasmas using optical and laser diagnostics.  He has been a faculty member at UConn since 1987. He is a fellow of the American Society of Mechanical Engineers, a member of the Combustion Institute and past chair of its eastern states section and an honorary member of Pi Tau Sigma. 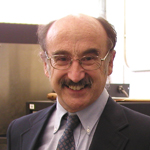 Eric Jordan, United Technologies professor of advanced materials processing, has been named a Distinguished Engineer by the Hartford Chapter of the American Society of Mechanical Engineers. He has been a professor at UConn for over 36 years. During that time he has had 66 different funded projects from ONR, Darpa AFOSR, NASA, DOE, NSF, Pratt and Whitney, Rolls Royce, Metro Laser, South West Sciences, Ohio Aerospace Institute, Avco Lycombing among others.  Professor Jordan has published over 120 refereed journal articles with more than 4000 non self-citations. He is a fellow of ASME and a member of the Connecticut Academy of Science and Engineering and the United Technologies Professor of Advanced Materials and Processing. Among his many project he is best known as a world leader in the largely UConn developed Solution Precursor Plasma Spray process. Among the most impact full project was a joint project with Inframat LLC co-managed by Professors Gell and Jordan that created at high performance coating used by the Navy to save over 25 million dollars that also garnered Connecticut company Inframat an IR and D 100 award. Jordan was among the inventors of the foundational IP for Amastan LLC of Andover, Mass. and one of three founding members of Solution Spray Technologies based in the incubator space in Storrs. 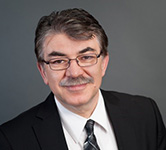 Kazem Kazerounian, Dean of the School of Engineering, has been elected a fellow of the American Institute for the Medical and Biological Engineering (AIMBE) College of Fellows. The AIMBE College of Fellows represents the most accomplished and distinguished medical and biological engineers responsible for innovation and discovery. Dean Kazerounian has been the Chair of ASME Design Division Executive Committee and has led several major national and international conferences and technical committees. He has served on the editorial boards of the ASME Applied Mechanics Review and ASME Journal of Medical Devices and has been Associate Editor of both the ASME Journal of Mechanical Design and the Journal of Mechanisms and Machine Theory. He was inducted into the Connecticut Academy of Science & Engineering (CASE) in 2008.

Anson Ma, assistant professor of chemical and biomolecular engineering, has received the 3M Non-Tenured Faculty award, which recognizes outstanding junior faculty members who were nominated by 3M researchers and selected based on their research, experience and academic leadership. The purpose of the award is to help the selected faculty achieve tenure, remain in his/her teaching position, and conduct research. The award is an unrestricted gift of $15,000/year and may be renewed up to two additional years. Ma’s research focuses on understanding the complex flow behavior (rheology) and processing of various complex fluids such as foams, emulsions, nanoparticle suspensions, and biological fluids. He is particularly interested in improving the reliability and pushing the existing resolution limit of inkjet and 3D printing technology. Ma has received a number of faculty awards, including a Distinguished Young Rheologist Award from TA Instruments in 2012, NSF CAREER Award in 2013, and more recently the 2015 Arthur B. Metzner Early Career Award from the Society of Rheology. 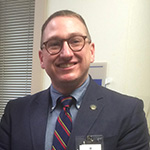 Michael T. Pettes, assistant professor of mechanical engineering, received a $500,000 award from the NSF Chemical, Bioengineering, Environmental, and Transport Systems (CBET) for his project “CAREER: Understanding the Roles of Strain and Mass Disorder on Fundamental Thermal Transport Processes in Two-Dimensional Materials.” The research is expected to have a significant positive impact on the use-inspired development of effective strain and isotopic engineering strategies to fully realize the potential of low-dimensional nanomaterials in next generation flexible nanoelectronic devices, as well as on the development of effective methods to increase the interdisciplinary proficiency of pre-college, undergraduate, and graduate students and the inclusivity of student populations underrepresented in the thermal engineering community.

Luyi Sun, associate professor of chemical and biomolecular engineering, was elected to be a Fellow of the Society of Plastics Engineers (SPE) in recognition of his pioneering research in injection stretch blow molding (ISBM) of polyolefins. His research led to more than 10 U.S. and international patents and patent applications. Sun’s innovation significantly promoted industrial applications of polyolefin ISBM. Sun also conducted leading research in polymer composites and nanocomposites. His patent pending nanocoating technology has led to dramatic improvement in barrier and flame retardant properties. Sun is the current President of the Chinese American Society of Plastics Engineers and Chair of the Engineering Properties & Structure Division of the SPE. He serves as the faculty advisor for the SPE UCONN Chapter, which won Outstanding Student Chapter Award in 2015 and 2016.

Bing Wang, associate professor of computer science engineering, was named an honoree of the Connecticut Technology Council Women of Innovation. Wang, along with other faculty members, developed a mobile phone app, LifeRhythm, which gathers data from various sensors on the phone – location, motion, microphone, among them. There are certain behavior signs, such as activity, energy levels, and social interactions that can be inferred from the data collected by a smartphone’s many sensors. GPS, for instance, gives us information about how often and how far people venture outside their homes. Sound sensors pick up on certain features of the user’s speech; studies have shown that simple acoustic features such as tone, the duration of pauses, and loudness are useful for detecting depression. Accelerometers and gyro sensors provide hints on the physiological activities and energy level of a user. The number of phone calls and SMS messages that a user initiates and receives indicate his/her interest in interacting with other people. 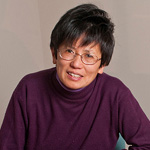 Quing Zhu, professor of electrical and computer engineering, was elected a fellow of Optical Society of American for her pioneering research contributions in the area of combining near infrared diffusive light and ultrasound for breast cancer diagnosis and for chemotherapy monitoring. Zhu conceived a novel idea of combining ultrasound and NIR modalities on the same hand-held probe.  This combined approach offers the following advantages: ultrasound localization overcomes localization uncertainty of optical imaging reconstruction; use of high cancer-to-tissue optical contrast improves the ultrasound diagnosis; use of high cancer-to-tissue optical contrast predicts and monitors the chemotherapy response. Her pioneering research has now been well received by the imaging and radiology community as an important advance in society’s ability to distinguish benign from malignant lesions in the breast without recourse to biopsy.