In April 2009, Rohan Freeman climbed Mount Everest, a lifelong dream. A month later, he climbed the world’s highest peak. And a month after that, he came home and began the process of establishing his own engineering consulting firm. 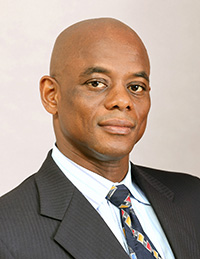 “I’m always looking for that next big challenge,” says Freeman, who recently completed an Ironman competition in Louisville, Ky. “I ran track at UConn. To me, I needed some kind of pursuit.”

To help others pursue and rise up to their own personal challenges, Freeman has set up a scholarship. The Freeman Companies BRIDGE Endowed Engineering Scholarship will help support minority students in the School of Engineering, with preference given to students specializing in civil engineering.

But he’d like that to change. To that end, Freeman established the scholarship.

“It’s something we’ve always wanted to do,” he says. “The  lack of participation of minorities in the engineering field” is a problem that needs to be addressed, he said.

Why is there such low minority representation in the field?

“That’s a good question,” he says. “I wish I knew the answer. I think the answer is bigger than I can answer.”

The kind of scholarship that Freeman’s donation will set up is exactly the sort of thing that he wishes were in place when he was attending UConn.

“Absolutely, I could have benefitted from it,” he said. “I had to work and find my way through school myself.”

To be eligible for the scholarship, students must be a Connecticut resident, demonstrate academic achievement, and be in financial need. Also, they must have participated in the School of Engineering’s BRIDGE program (or a similar program), which prepares engineering students from underrepresented populations for their first year at UConn. Priority will be given to students who have overcome obstacles such as socioeconomic or educational disadvantage, or are members of groups underrepresented at UConn, or have experience living in diverse environments.

Freeman, who is dually licensed as a professional engineer and land surveyor, has had a number of prominent clients since he set up his company. Projects include survey stakeout services connected to the construction of two new football fields at New London High School, land surveying and civil engineering services for a two-story dialysis center in New Haven, and land surveying and civil engineering services for what will be 275,000 SF of retail space in Naugatuck.