Senior Design: Building The “Heart and Soul” of an Electric Car (Part 2) 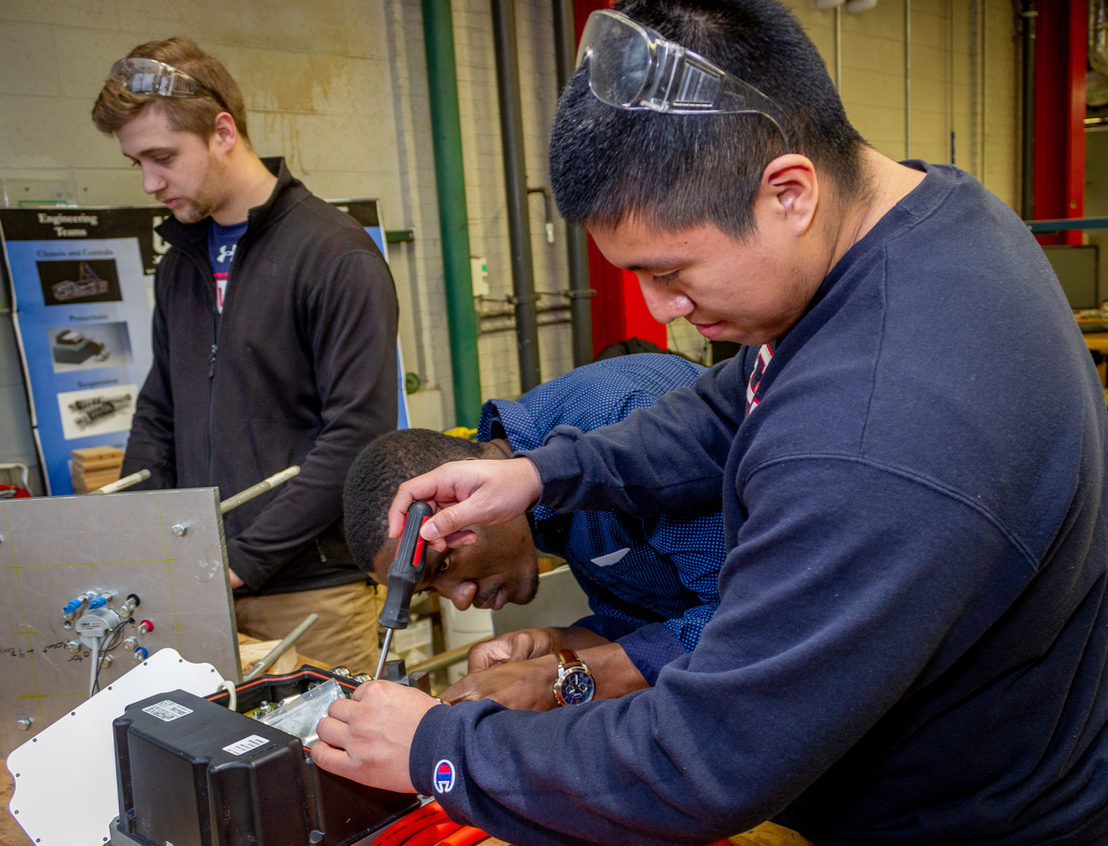 This article is part of a multi-part series on engineering students, and their journey through senior design. Click here to read part 1 of this article series.

With good intentions in mind, the Electrical and Computer Engineering Senior Design team of Daryl Biron, Ernesto Ortega-Hernandez, and Alain Tshipamba set out to build not only the powertrain of an electric car, but also realize their dream of seeing it race in the summer.

The portion of the car that Biron, Ortega-Hernandez, and Tshipamba are working on is the “heart and soul” of the vehicle—the powertrain. The sponsor of the project, the UConn Electric Motorsports Club, was originally formed in the spring of 2017, with the intention of getting like-minded students together to build a car that could compete in Formula North, a collegiate competition taking place during in the summer of 2018. The advisor of the team is Professor Ali Bazzi.

Unfortunately, due to multiple factors, Biron said that the car will not be ready for Formula North this summer:

“There’s a lot that has gone into this car, and funding has been an issue, so even this upcoming summer, when Senior Design finishes, the club probably won’t be closing in on finishing the car, but will be thinking about the overall design, and how we can make it better,” Biron said. “So, odds are it won’t be fully built until January 2019.”

When the car is officially completed, it will have a chassis made of inch-thick aluminum honeycomb sheets, which will make it one of the lightest and most torsionally rigid chassis seen in competition, according to the UCEM website. The car will also use pieces and materials that will make the car extremely flexible and ergonomic, with components like adjustable pedals and a removable seat.

The permanent magnet motor, which the group only received in February, after a wait of a few months, was designed by EMRAX, and provides 80 kilowatts of power, equivalent to 107 horsepower. 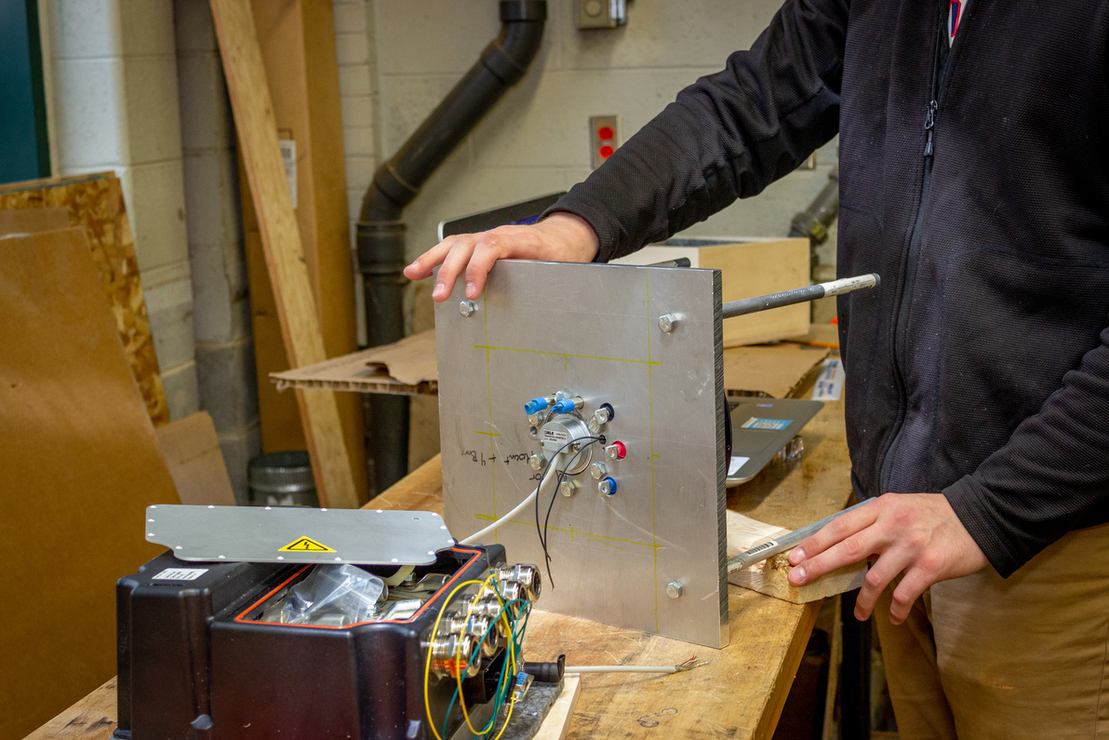 Biron holds the EMRAX motor, which sits next to the Emsiso emDrive300H Controller. (Amanda Wright/UConn Photo)

The rest of the powertrain consists of an emDrive300H Controller from Emsiso, and several other components, which will connect to a battery apparatus being constructed by another ECE team. Unlike the ordering of the motor, which was long and drawn out, Biron said the ordering of the controller was extremely easy:

“The ordering of the motor controller was much smoother, and it actually came in a couple of weeks earlier than we anticipated,” Biron said. “The only problem we encountered was that on the website, it said we would be able to use any USB-to-CAN adapter to connect to our computer to program it, but after we ordered it we found out that we needed to order a special adapter from the company.”

Biron said if they used a standard adapter, then they wouldn’t have been able to see any of the real-time graphs or data logging, so they attempted to jerry-rig it, but, unfortunately, they found out that they ultimately need to buy the special adapter.

“We’re going to put all the parts completely together into one system before Senior Design Day, and then we’ll begin testing,” Biron said. “Then, since I don’t think we’ll be able to integrate the system into the car, we’ll have to work on a test demo for Senior Design Day, showing how we control the motor and get it to spin correctly.”

Asked about the whole year-long process, Ortega-Hernandez said that it’s definitely been a long road, but has also been a great experience:

“I think I’ll feel accomplished when I actually see that motor spin, and we confirm that we’re seeing the correct speed and torque,” Ortega-Hernandez said. “It’s been a frustrating and tough process, but we’re definitely proud of the work we’ve put in and the final result.”

The team’s final product will be presented on Senior Design Day, April 27, from 1-4 p.m., in Gampel Pavillion. To attend the event, please RSVP by clicking this link.