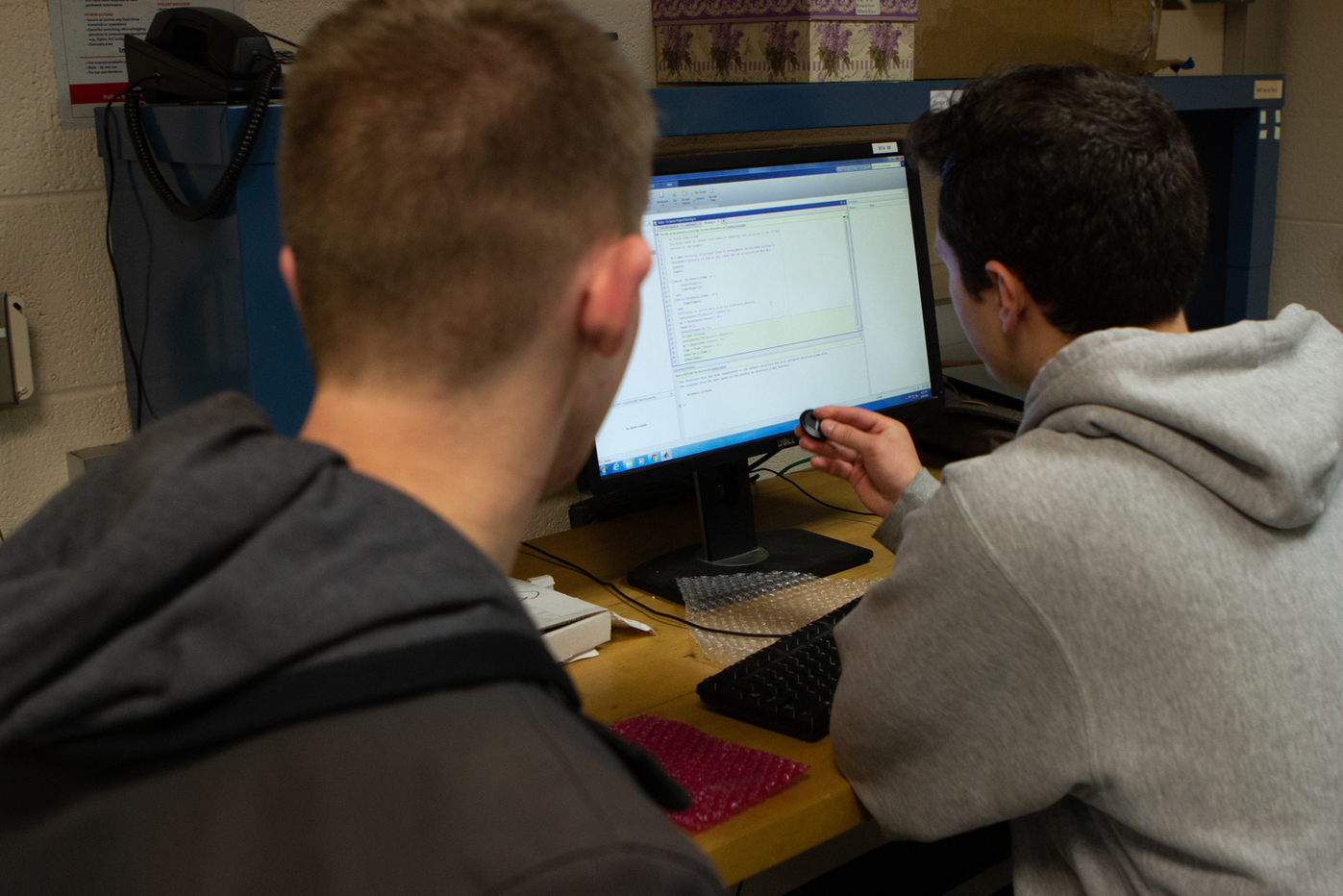 Scores of kids who play youth baseball have dreams of making it as a Major League Baseball player when they grow up. In response to this demand, youth leagues and tournaments have exploded in popularity, allowing some kids in warmer climates the opportunity to play year-round.

But with increased competition comes overuse, and with enough overuse, injury becomes a short-term and long-term concern.

When the overuse comes from pitching a baseball, something done with maximum effort in practices and games by youth pitchers, the risk for career-derailing injuries like ulnar collateral ligament tears—a crucial connector ligament which stabilizes the elbow—becomes a growing issue.

The device, sponsored by Connecticut Children’s Medical Center, will embed a sensor, which has a tri-axial accelerometer, a gyroscope, memory, and a Bluetooth transponder, inside of a silicone rubber wristband. Similar to the design of a Fitbit, the device will relay pitch information to a database accessed by the coaching staff and pitcher, which will give them an accurate representation of how many high-velocity pitches (represented as 80 percent of the pitcher’s agreed-upon maximum velocity) have been thrown by each pitcher in practices, warming-up, and during a game. 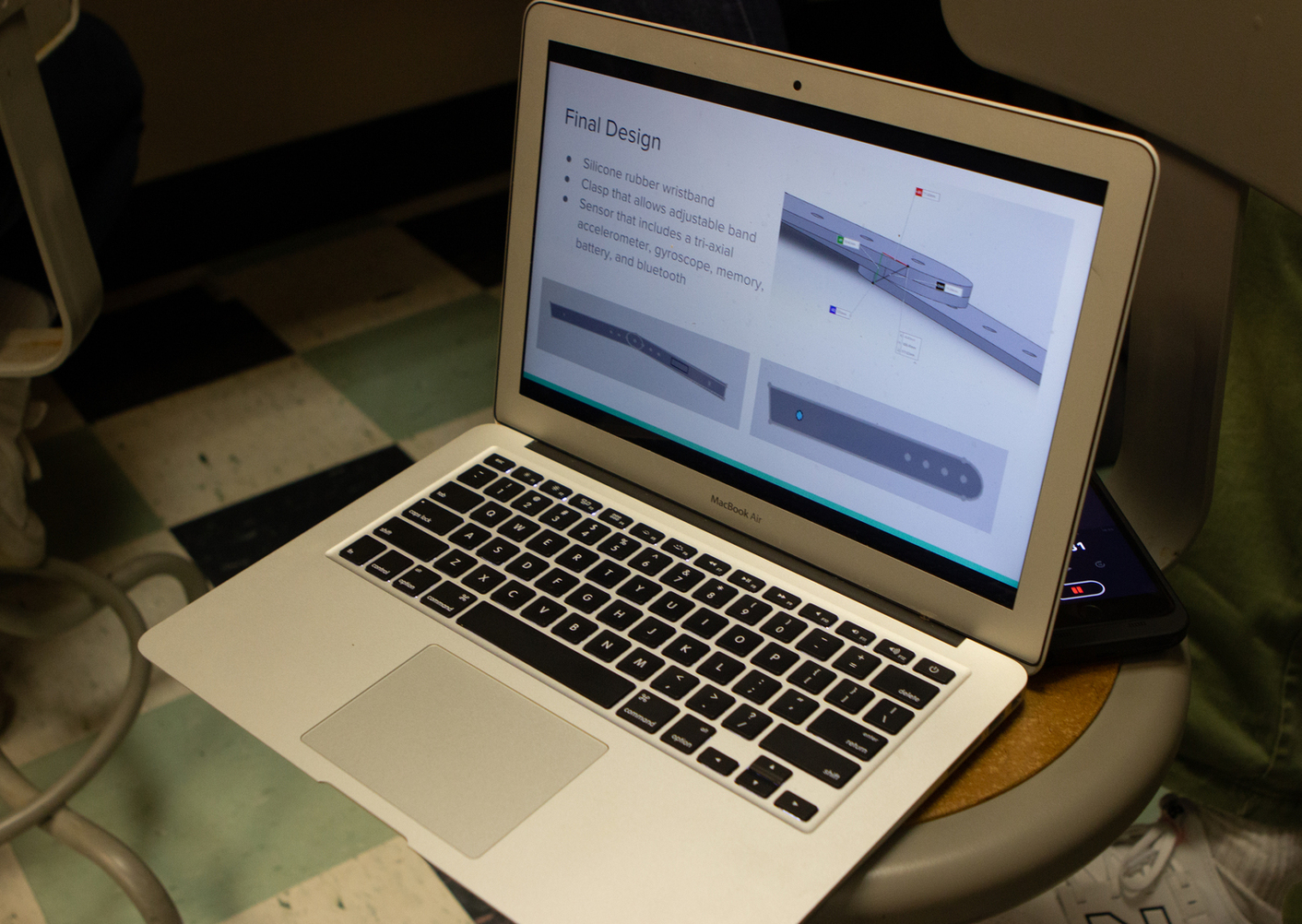 The team shares a simulation of what the device would look like. (Eli Freund/UConn Photo)

Imbriaco said that if they are successful in building the device, then their work could go a long way towards curbing injury in youth pitchers:

“The real goal of our project is to prevent these horrible UCL injuries before they happen,” Imbriaco said. “Especially at a youth level, where their bodies are still developing, they don’t truly realize the danger of throwing 500 high-velocity pitches a week.”

According to the team’s research, studies have found that UCL injuries become more prevalent as a pitcher gets older, and faces more intense competition. One study found that 15 percent of all Minor League Baseball players and 25 percent of all Major League Baseball players have suffered at least one UCL injury during their career. But, high school-to-early college players bear the brunt of UCL tear surgeries, dubbed the “Tommy John Surgery,” to the tune of nearly 60 percent of all procedures in the United States, according to a 2014 study.

That statistic is bolstered by the fact that only in-game pitch counts are measured in youth baseball, Hill noted:

“There are a lot of youth pitchers that are younger than 16-years-old that are playing for two different travel teams, and then going to pitching training three times a week, and as a result are throwing upwards of 500 high-velocity pitches a week, but their in-game pitches are the only ones being counted” Hill said. “So, this project is developing a way for pitchers and their coaches to make sure they are carefully monitoring their workload to avoid injury.”

Currently, the team is in the process of coding and building the device, but they said that next steps will be creating a reproduceable mold and testing the device:

“We worked with the Engineering Machine Shop to design and build a mold, where we could easily reproduce the production of the device,” Hill said. “Once that’s done, and the coding is all set, we’ll be able to just throw a baseball around and test—imagine having that as your Senior Design project?”

Even though that process requires a lot of work, the team is pretty confident they’ll be ready when Senior Design Demonstration Day rolls around in the beginning of May:

“I think we’ll hopefully have a device by the end of February, all of March we can do further testing, and by May we should be ready to go,” said Gutowski.

This article is part of a multi-part series on engineering students, and their journey through senior design. Part two of this team’s journey will come out in April 2019.