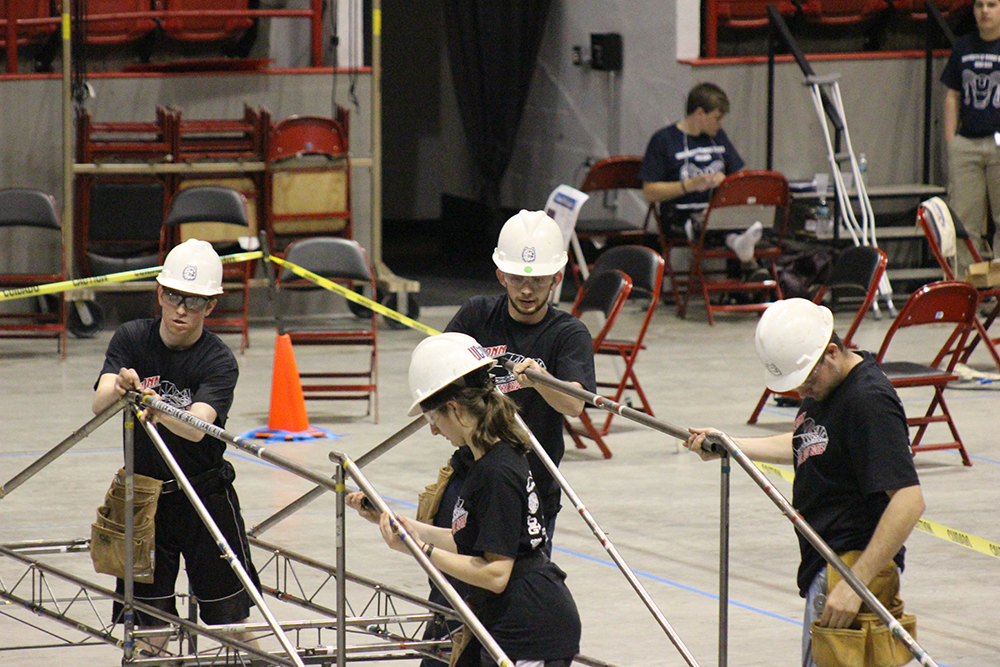 The UConn Steel Bridge Club recently placed second in the American Society of Civil Engineers New England Regional Student Steel Bridge Competition. Because of that second place finish, they’ll be traveling to the national competition at Brigham Young University on May 27 and 28. That brings a new difficulty to the project- the team has to pay their way to the competition in a little under a month.

“I was very excited about the win, but the cost of the trip became an immediate concern. Before that, we didn’t know if we’d make the national competition.  Now, we have to get the team out to Utah,” Kevin McMullen said. McMullen, a doctoral student in structural engineering, is the graduate advisor to the club. 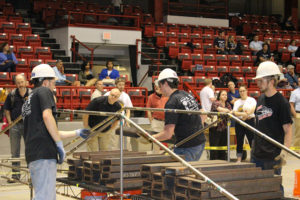 The team places 2,500 pounds on the bridge as part of the competition. From left are Richard Breitenbach, Clinit Cornacchia, and Dennis Gehring. (Photo courtesy of Francis McMullen)

The competition involves creating a bridge that can be broken down into 3 feet long sections. The team then assembles the bridge at the event, and is scored on the speed of assembly, the stiffness of the bridge, the weight of the bridge, the economy of the build and the overall efficiency of their project. The bridge is fabricated at a 1:10 scale, and must support 2,500 pounds.

This year, there were also a new set of rules, according to Rich Breitenbach (Civil and Environmental, ’17), the club president, which required the bridge to have a vertical and horizontal clearance within the center of the bridge to allow for a truck passageway.

“There were some dimensional issues in the design process this year. We had to design around the rules we were given- it was a pretty drastic change from previous competitions,” Breitenbach said.

“New England is a pretty dominant region in this competition, you’ll often have the New England teams in the race for the top 10 spots” he said.

Assistant Professor Arash Zaghi in civil and environmental engineering is the faculty advisor for the team, and Michael Culmo, the Vice President of Transportation & Structures at CME Associates, Inc., is an industry advisor.

To learn about supporting the team, visit their UConntact page and send a message. 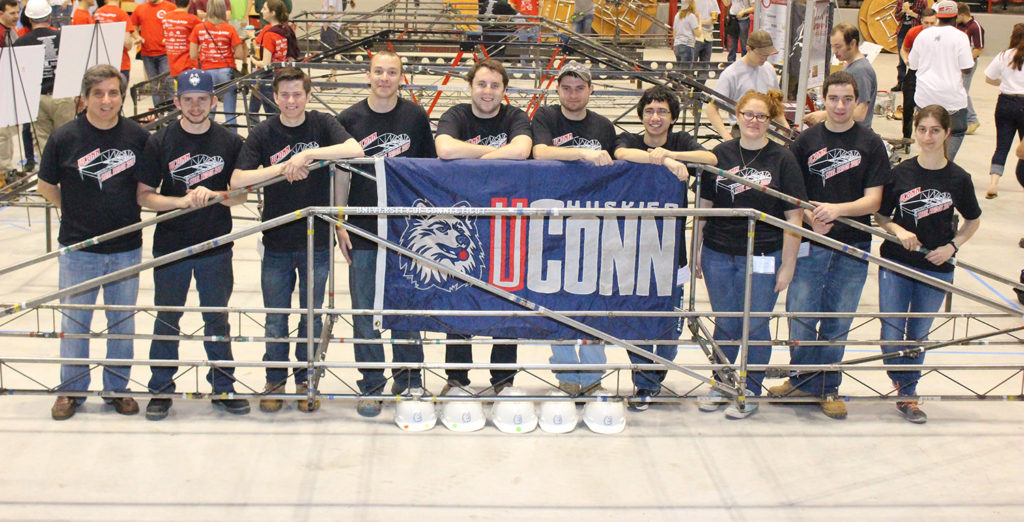