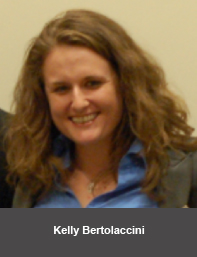 Civil & Environmental Engineering doctoral student Kelly Bertolaccini (adv.: Dr. Nick Lownes) was awarded a 2012 Dwight David Eisenhower Graduate Fellowship totaling more than $103,000. It covers tuition, a stipend, and attendance at the Transportation Research Board annual meeting in January 2013. The fellowship, which is managed by the U.S. Department of Transportation Federal Highway Administration, will support Kelly’s research focusing on transit policy choices and the impact of transportation availability on social equity.

While pursuing her M.S. at UConn, with a prior Eisenhower Fellowship grant Kelly explored the role of social equity and other aspects of livability in the transportation policies of government transportation agencies around the world.  For her doctoral research, she will build upon this foundation but focus in particular on the proliferation of projects across the nation, such as Connecticut’s planned New Britain-Hartford (NBH) Busway.  Kelly notes that “Connecticut and the transportation community at large could benefit from a better understanding of why transit operators select specific corridors as candidates for bus rapid transit lines.” To this end, she intends to survey the state’s major transit operators to explore the variables that contribute to their corridor selection process and demand estimation models, with a particular focus on the NBH Busway. “Conducting a thorough analysis of the NBH Busway prior to its implementation will also allow future researchers to monitor and evaluate the performance and long term effects of the busway,” she explains. Taken together, she anticipates that the results of the survey may be used to create a decision support “toolbox” for professionals and policymakers considering BRT projects.

Throughout her years at UConn, Brittany (co-nominators: Drs. A. Shvartsman and S. Demurjian tutored undergraduate peers, maintained the Engineering Diversity Program website, and contributed her time toward charitable and volunteer work.  Brittany was a Software Development Summer Intern at Bentley System’s Hydraulics and Hydrology Department in Watertown, CT and participated in two NSF-sponsored Research Experiences for Undergraduates projects, one of which led to her co-authorship of a research paper. She recently received an NSF Graduate Research Fellowships and will pursue her doctoral degree at Cornell University in the fall. 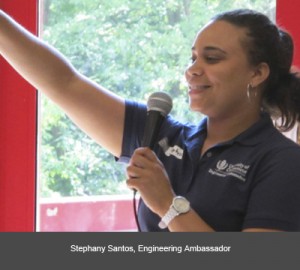 phany (nominator: K. McLaughlin) will leave UConn for Italy to earn a master’s degree at the Politecnico Milano, Milan before returning to Storrs to pursue her Ph.D. A BRIDGE Program alumna, Stephany remained closely engaged with the program as a tutor, teacher, residence hall director, and tutor supervisor. She was an officer in the UConn chapter of the National Society of Black Engineers, was founder/president of the Engineering Ambassadors and has volunteered continually throughout her undergraduate years.  With two friends, she pooled her summer earnings and provided a $2,000 scholarship to a needy BRIDGE student and “calculator” scholarships to other needy BRIDGE students. Stephany was also a Research Lab Assistant in the Tissue Mechanics Lab. 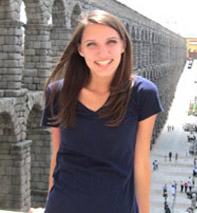 Britta (nominator: Dr. D. Burkey) has both excelled academically and been extensively involved in extracurricular and outreach activities, including the Society of Women Engineers, Husky Ambassadors, and the engineering sorority Phi Sigma Rho. Britta has served as a peer tutor, engaged in K-12 outreach, and volunteered at a local hospital. A University Scholar, Britta researched the role of gender in the engineering culture at UConn. She also conducted undergraduate research in the laboratory of Dr. M. Wei. Britta will continue her studies as a has accepted a offer for graduate study at Yale University in New Haven.