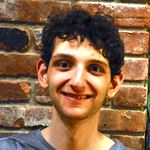 Fischer is UConn’s fifth Udall Scholar and the Department of Chemical and Biomolecular engineering’s second recipient of the competitive scholarship in four years.

The Morris K. Udall and Stewart L. Udall Foundation is one of five federal foundations established by Congress. Since 1996, the program has awarded almost $7 million in scholarships to students dedicated to conserving the environment. “It’s different compared to other scholarships because everyone unites over one passion, even if they come from different backgrounds,” says Fischer.

Of 489 eligible applicants from 47 states and Puerto Rico, the Foundation chose 50 scholars and 50 honorable mentions.

This scholarship is one in a long run of honors Fischer has accumulated in his three years at UConn. He is the recipient of the John & Carla Augustyn Scholarship, the Connecticut Space Grant Consortium Undergraduate Research Fellowship, the UConn IDEA Grant, an Office of Undergraduate Research (OUR) Travel Grant, and the UConn Academic Excellence Scholarship. Although academics and research have traditionally been Fischer’s strengths, this latest tribute recognizes his service and leadership in a compelling discipline.

Fischer has already initiated his own projects committed to the environment. Using his IDEA Grant, Fischer has addressed the oil drilling and waste problems facing the planet by recycling spent coffee grounds into a means for fuels, chemicals and commodities production. Through the Connecticut Space Grant Consortium award, he is designing an oxygen generator used in carbon dioxide removal. “The frontiers of research offer an exciting new age in energy production,” said Fischer in his application, “and I am committed to designing revolutionary technologies that harness materials and processes in novel ways which enable today’s theories to be implemented on an industrial scale.”

Fischer believes he especially strengthened his environmental outlook last spring as an exchange student in South Korea when he hiked at Bukhansan National Park. The experience inspired Fischer to commit himself to conservation.

Although still new to the competition, UConn’s Formula SAE team placed in the top group of competitors at the Formula SAE Competition at Michigan International Speedway in Brooklyn, Michigan.

The four-day competition brings together teams of university undergraduate and graduate students from around the world to conceive, design, fabricate and compete with a small, formula style, competition vehicle. To give teams the maximum design flexibility and the freedom to express their creativity and imagination, there are very few restrictions on the overall vehicle design. Teams typically spend eight to twelve months designing, building and preparing their vehicles before a competition.

The cars are judged in a series of static and dynamic events including technical inspection, cost, presentation, and engineering design, solo performance trials, and high performance track endurance. These events are scored to determine how well the car performs.

The UConn team began competing at the Michigan event seven years ago, making it a relative newcomer compared to many of the other teams. Under advisor Dr. Thomas Mealy, the team nonetheless placed 20th overall out of the 120 teams in attendance at one of the most competitive events of the year. With the continuing support of sponsors and the department of Mechanical Engineering, UConn Formula SAE is working toward even greater success with the refined design and manufacture of the 2014-2015 vehicle already underway.