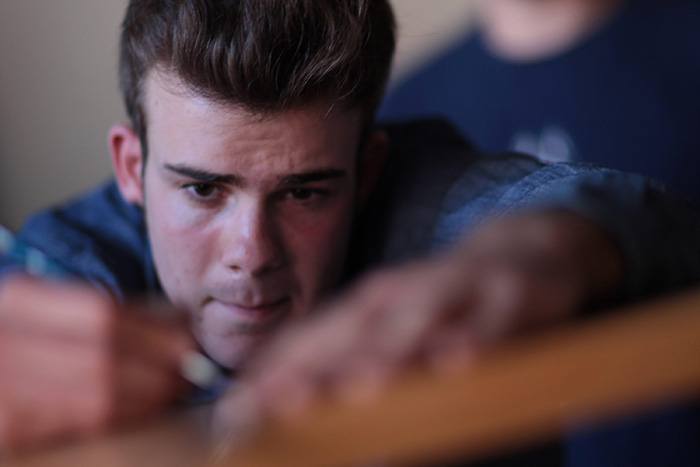 Travis Braisted ’17 (ENG), a participant in the Eurotech Program. The German language and engineering program is now serving as a model for new language-based, dual-major programs.(Michael Fiedler for UConn/File Photo)

For almost 25 years, UConn’s Eurotech program has turned engineering undergraduates into global citizens by allowing students to learn a language that is linked to their studies. 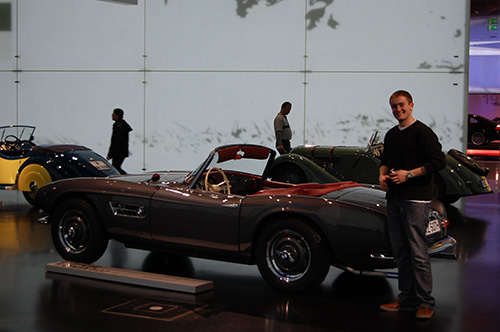 Karl Music ’13 (ENG, CLAS), a graduate of the Eurotech program who currently works at Boehringer Ingelheim in Ridgefield, Connecticut, poses next to a car at the BMW Museum in Munich, Germany.

Students in the five-year Eurotech program double major in German and an engineering discipline. They also spend a year studying at one of the universities in Baden-Württemberg, one of Germany’s states. Students are also encouraged to participate in a full-time internship in German, called a practicum. Brian Schwarz, director of experiential engineering education initiatives and co-director of the program, says the goal for Eurotech’s development is for students to seek out UConn as a destination for international engineering.

“We want incoming freshmen to think of UConn as a place to become a global engineer,” he says. “A place where they’ll have the opportunity to integrate engineering and studying a language, a culture, and study abroad into one cohesive program.”

The Eurotech program capitalizes on a student’s interest in engineering as a way to explore a language and culture. Friedemann Weidauer, professor of German literature, cultures, and languages and co-director of Eurotech, said that approach is a natural outgrowth of how language is most effectively taught.

“The big concept is what we call content-based instruction. You take someone’s special interest in a certain field and you do that in a foreign language, because it’s much easier to motivate students,” Weidauer says. To that end, the language courses are designed to incorporate engineering topics.

“I think we’ve really put the program on the map,” says Schwarz. “It’s a team effort that makes this program work, all of us together running like a machine.”

Fifth-year senior Alex Kinstler, an engineering and German language dual major, participated in a summer practicum at the German automotive parts manufacturer Mahle as part of the Eurotech program.

Alex Kinstler is a fifth-year senior in the program, who returned from his time in Germany last August. After spending the academic year at Tübingen University, he took part in a full-time summer practicum at Mahle, an automotive parts manufacturer in Stuttgart.

“I would recommend the Eurotech program to absolutely everyone. Even people not interested in German,” he says.

Learning about other cultures, he says, was one of the major benefits of the program. It includes getting to know students from countries outside Germany, who are also studying abroad. He says the benefit is emphasized during the practicum, since German companies have an approach and outlook on how they do business that is different from other countries.

“I think that really builds the foundation to be a successful communicator in the workplace,” Kinstler says.

Weidauer echoes Kinstler’s sentiment. He says the students who return from the year abroad are more polished, with stronger communication skills.

“They’re much better at dealing with situations that aren’t familiar to them,” Weidauer says. “The whole cultural exposure seems to also help them with social skills and communication skills.”

“Their supervisors and the company HR people will be fluent in English, but the people they work with, who can actually help them with the tools and machines, they will most likely not be fluent in English,” notes Weidauer. “That’s where they need the language skills.”

A Stable of Resources

Outside of their engineering and German coursework, Eurotech students have access to a number of resources designed to blend the two programs into a cohesive whole. One of those resources is a one-credit second-year course that studies rollercoasters. After covering the physics of rollercoasters, the class takes a trip to Six Flags New England in the fall.

“It’s not just a thrill ride,” Weidauer says. “They sit in the car with the measurement instruments and get to see the physics in action.”

In the spring, the students take a field trip to Europa-Park, Germany’s largest theme park.

Weidauer also serves as director of Eurotech House, one of the UConn Living Communities, which gives students academic, social, and cultural support as they learn about international engineering.

And there is a Eurotech Club that helps students explore German culture. Schwarz says the club organizes tours of German companies with a local presence, such as Trumpf in Farmington and MTU Aerospace in Rocky Hill.

Expansion to other Languages and Cultures 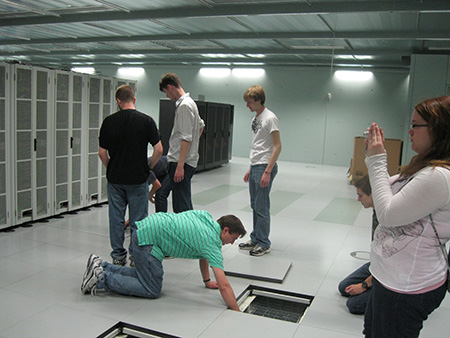 The Eurotech Program is now expanding to include a Chinese language and Spanish language program. The Engineering Spanish Program currently has its first student; and the Asiatech Program, focused on Chinese language and culture, will be launched in fall 2017. The Engineering Spanish Program takes participants to Valencia, Spain to study at Polytechnic University of Valencia, while the Chinese program will be located at Shanghai University.

Expansion into France, Italy, and Israel is also in the works.

Until recently, Schwarz was director of advising for the School of Engineering. His title was recently changed, as the school expands these language-based, dual-major study programs.

“All of these programs are going to fall under the umbrella of an International Engineering Program,” he says.

Schwarz notes that these programs also benefit the corresponding language programs: “The Chinese program is fairly new at UConn, this will help grow the number of Chinese majors,” he says. “We’ll continue to grow these programs with them strategically.”