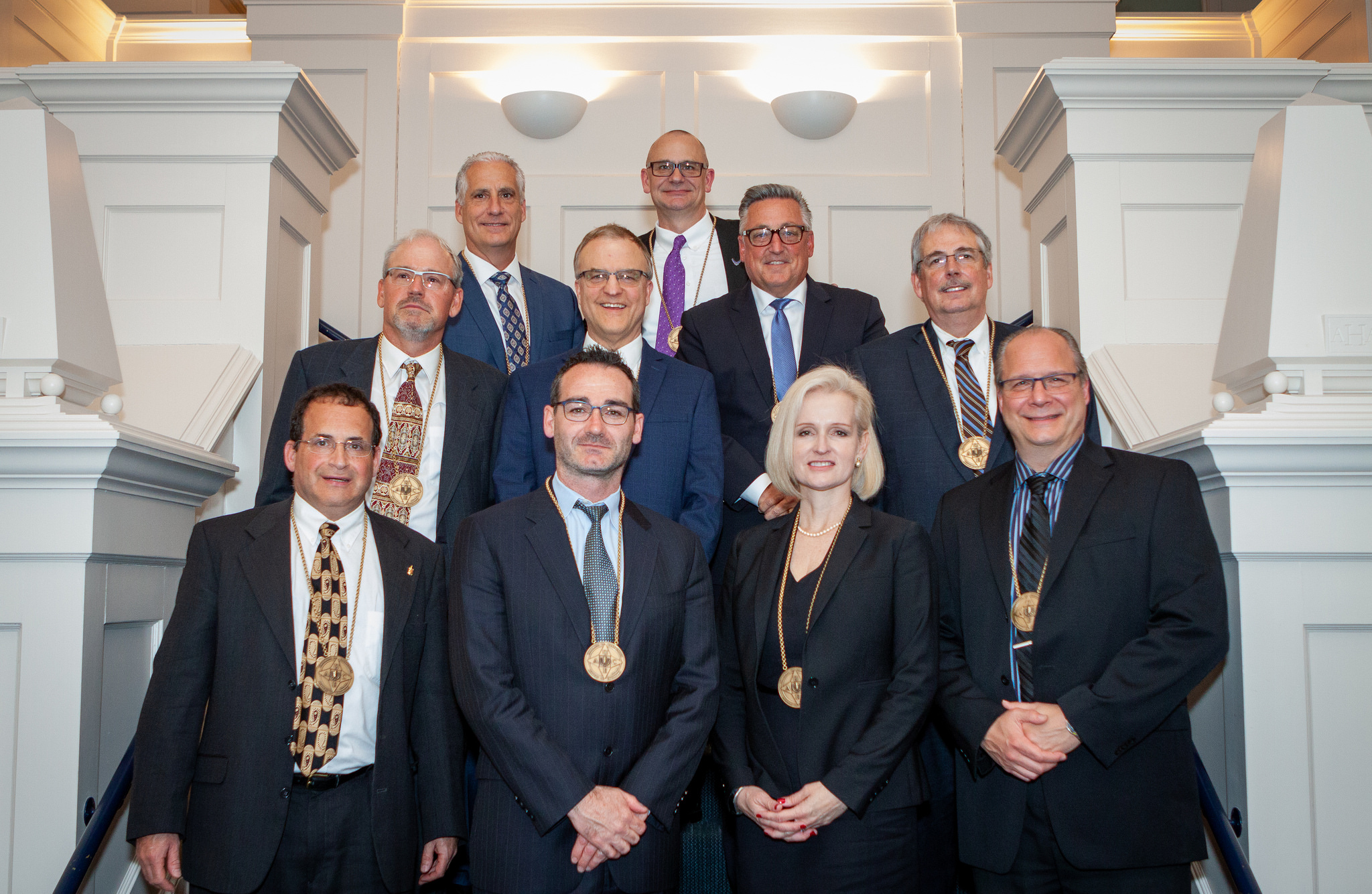 On a Thursday night, at the end of April, 10 accomplished UConn School of Engineering alumni joined their peers during an induction ceremony of the Academy of Distinguished Engineers.

The Academy, which has inducted 165 total members since its inception in 2003, honors School of Engineering alumni whose careers are characterized by their sustained and exemplary contributions to the engineering profession through research, practice, education, policy or service. Members are individuals who bring enduring honor to their alma mater as practitioners and as citizens.

This year, the ten alumni inducted come from academia, as well as private industry in the submarine, aerospace, and biotechnology fields, among others. For 2018, the inductees are as follows:

–Eytan H. Modiano, UCONN B.S. ’86; Professor and Associate Head of the Aeronautics and Astronautics Department and Associate Director of the Laboratory for Information and Decision Systems at MIT.

–Randy D. Trumbower, UCONN M.S. ’02, Ph.D. ’05; Associate Professor at the MGH Institute of Health Professions and the Director of the INSPIRE Lab for Sensorimotor Rehabilitation Engineering at Harvard Medical School.

Opening up the night, Dean Kazem Kazerounian said that the ten inductees assembled were joining a very exclusive group:

“Tonight we are celebrating your achievements in science, technology, and in leadership, and celebrating those accomplishments are an honor for us,” Kazerounian said. “Over the past 15 years, less than 200 people have been inducted into this prestigious society, so you are truly the best of the best of our alumni from the past 30 years.”

One of the inductees, Bergonzi, said that he was honored to be among the ten alumni assembled, and owed everything to hisfather:

“Who I want to thank most is my Dad, because if it wasn’t for him I probably would have ended up as a biology mentor, or a dentist,” Bergonzi said. “At an early age he really emphasized going into engineering, and started his engineering firm out of the basement of our house in New Jersey, so this honor also belongs to him.” 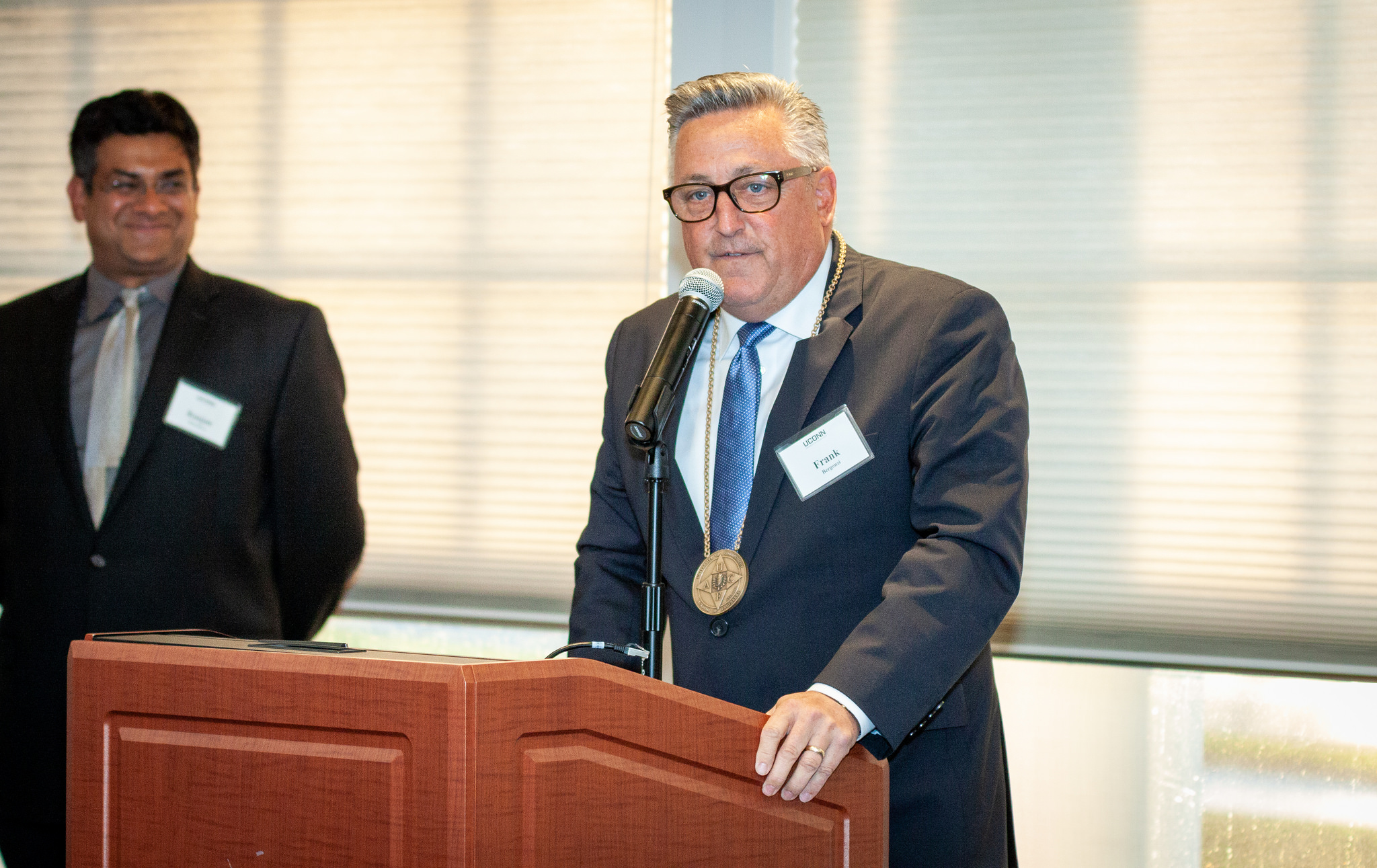 Bunning, another inductee, said that this night meant the world to him, and that he is proud to be an alumnus of the UConn School of Engineering:

“That spirit of doing things correctly and for the right reasons is alive here and every time I come back I’m just truly amazed at the growth that’s gone on here,” Bunning said. “So kudos to the state, kudos to the School of Engineering, and kudos to the University for all they have done to make this place so great.”