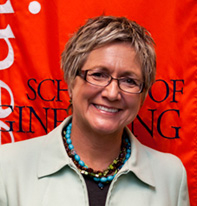 Welcome to the inaugural edition of a new emagination column, The Pocket Protector.  Named for the formerly ubiquitous plastic sleeves designed to spare pocket shirts the ruin of runny pens and smudgy mechanical pencils, pocket protectors enjoyed their heyday in the 50s and 60s.  Their memory evokes the image of a crew cut guy, wearing a short sleeved white collared shirt with a skinny black tie, dark pants (just a little too short), horned rim glasses, smoking a cigarette and leaning over a drafting board – sort of Mad Men, if the series were set at one of their clients’ offices, like International Business Machines, Martin Marietta or Dow Chemical, instead of their fictitious Madison Avenue advertising agency, Sterling Cooper.

Fueled by the Cold War, early 60s pocket protectors had a front seat at the birth of the space race.  President Kennedy challenged the country to “catch up” with the Soviets and triggered a testosterone fueled explosion and golden era of exploration, innovation and discovery.  Universities scrambled to educate engineers and scientists to satisfy the seemingly insatiable appetite of the sprouting aerospace companies and expanding government agencies.  Little kids sat on living room floors, hugging their knees, watching grainy images of Alan Shepard’s first liftoff and dreaming of being astronauts and engineers.  Month after month, year after year, a steady stream of unforgettable images flowed from our television sets, enthusing dinner conversation and plans for college.  We cheered Neil Armstrong’s first steps on the moon and cried at the horrific fire that took the lives of the Apollo 1 crew.  The space program was a great reality TV show.

Dial forward fifty years and we’ve just watched the space shuttle brought “wheels stop” for the last time.  The future of the space program is uncertain.  I’m not a TV snob.  I cut my teeth on Star Trek and can’t wait to see The Good Wife every Sunday night.  But Snooki?  Really?  What do the reality TV shows of today, so wildly popular with young people (and older, too), do to inspire kids’ educations and careers?  A very successful ’89 CSE alumnus I met recently expressed his grave concern for a generation of kids growing up watching Keeping Up with the Kardashians instead of rocket launches.  He said that he was blessed to have had the inspirational role models of astronauts and scientists and was worried for kids today.  He wanted to know what he could do.

If you don’t know the Kardashians or Snooki, good for you.  Unfortunately, they represent two of the most popular of a group of mushrooming reality television personalities. The question is, What is the next space race, or its equivalent?  And, if there isn’t something comparable streaming compelling visions and messages of science, technology, engineering and math (STEM) careers to young people, how do we reach kids without alternative role models?  Kids who don’t know that science and engineering careers are cool, and within their reach?  That’s the challenge.

At a time when our heroes are dubious, economy on the ropes and national vision blurred, we need you to put on your pocket protector, saddle up and spread the word.  Engineering is cool.  Get the word out.