Dean of Engineering Mun Y. Choi of the University of Connecticut announced that two faculty members have been honored with distinguished chair faculty positions in the School of Engineering:  Dr. Baki Cetegen has been chosen the United Technologies Corporation (UTC) Chair in Thermal Fluids, and Dr. Krishna Pattipati has been selected the UTC Chair in Systems Engineering.  They were chosen based on the impact of their research contributions, national reputations and leadership in their areas of expertise.  Both appointments were approved by UConn’s Board of Trustees during its April 13, 2011 meeting.

“It is my great pleasure to recognize the enduring and ongoing, major contributions made by Drs. Cetegen and Pattipati.  Certainly, the School of Engineering has benefitted richly from their important and relevant collaborations with commercial industry and leadership in advancing strategically vital technologies. They bring tremendous honor to the University and to the academic profession,” noted Dean Choi.

Dr. Pattipati is a professor of Electrical & Computer Engineering and a founder and CEO of Qualtech Systems, East Hartford, CT.  He received his Ph.D. in Electrical Engineering from UConn 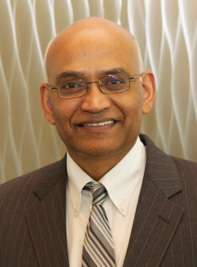 in 1980.  After earning his doctorate, Dr. Pattipati was employed by Alphatech, Inc., Burlington, MA, from 1980-86. He serves as a Director of Aptima Inc. of Woburn, MA. In his expanded role, Dr. Pattipati will provide leadership and vision in the development of advanced technologies and processes, the enhancement of graduate and undergraduate education, and the elevation of UConn’s visibility and reputation for excellence in systems engineering.

He has published 20 book chapters and over 350 scholarly journal and conference papers.  Dr. Pattipati’s research interests include the areas of distributed planning, diagnosis and prognosis techniques for complex systems, agile organizations for dynamic and uncertain environments, multi-object tracking, and multi-user detection in wireless communications.  He has received numerous honors, including the NASA Space Act Award in 2008 and 2002; the UConn School of Engineering Outstanding Teaching Award in 2005; the UConn AAUP Research Excellence Award in 2003; the Barry Carlton Award for the Best AES Transactions Paper of 2000 (co-recipient); and the A.P. Sage Award for Best SMC Transactions Paper in Parts A, B and C of 1999.  He is an elected Fellow of IEEE and of the Connecticut Academy of Science and Engineering.

Dr. Cetegen is the Department Head and a professor of Mechanical Engineering. He received his Ph.D. from the California Institute of Technology in 1982 and, worked as a research scientist and group leader at Energy and Environmental Research Corporation in Irvine, CA and later as a research fellow at the University of California, Irvine. In his expanded role, Dr. Cetegen will provide leadership and vision in the development of advanced technologies and processes, the enhancement of graduate and undergraduate education, and the elevation of UConn’s visibility and reputation for excellence in thermal fluids engineering.  Dr. Cetegen was instrumental in establishing the Pratt & Whitney Center of Excellence at UConn. 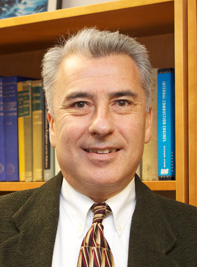 and flames, optical diagnostics of high and low temperature reacting and non-reacting flows, optical diagnostics of fuel cells, dynamics and blow-off characteristics of bluff-body stabilized premixed flames, flame-vortex interactions, detonation waves and shock induced mixing in gaseous flows.  Dr. Cetegen’s research has been sponsored by the National Science Foundation, Office of Naval Research, DARPA, Army Research Office, NASA, Connecticut Innovations, Connecticut Department of Transportation, and industry.  Dr. Cetegen is a co-inventor on two U.S. patents and has published more than 150 scholarly journal publications and conference proceedings. He has been a member of the Executive Committee of the Eastern Section of the Combustion Institute since 1995 and serving as its treasurer (1999-2007) and currently as its chairman.  He is an elected Fellow of ASME and a member of Connecticut Academy of Science and Engineering (CASE).