UConn Bridge Repair Could Save The Connecticut Taxpayer Millions of Dollars 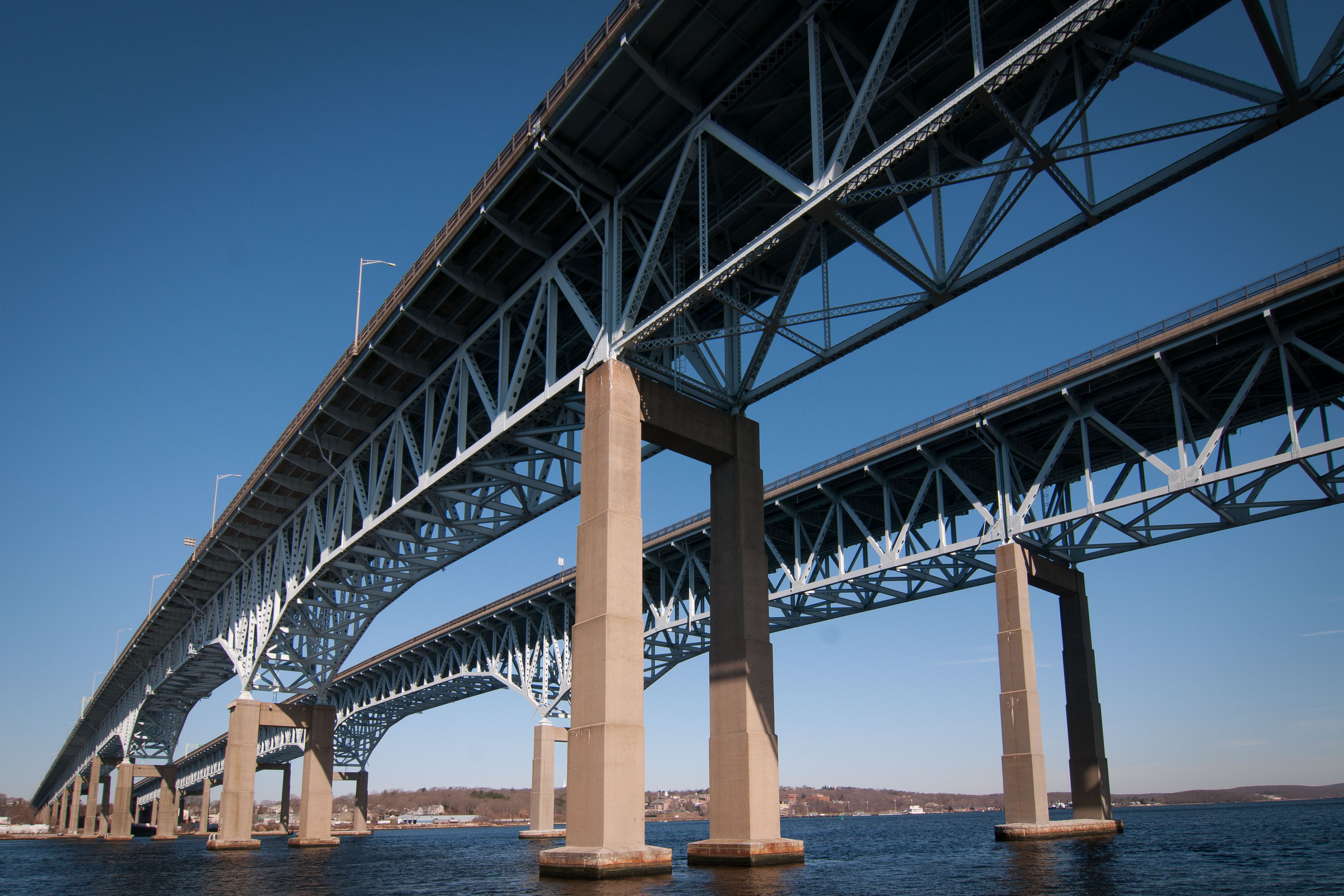 A view of the north and south lanes of the Gold Star Bridge, which is made of steel and is the longest bridge in the state (Peter Morenus/UConn Photo)

With an aging inventory of steel bridges in the state of Connecticut, corrosion has become a large and costly issue. Facing this growing problem offers only two expensive solutions for Connecticut, and many other states across the country—replace or do a time and labor-intensive repair.

Across the country, little has been done to improve the process, with no new novel repairs gaining traction. Complete replacement costs can run into the millions of dollars, depending on the project, and the process of cutting out the corroded section of steel and replacing it with new steel is costly and cumbersome, requiring multi-day traffic stoppages, paint removal, and specialized equipment to jack up the superstructure.

Over the past few years, the application of ultra high-performance concrete has gained traction in structural engineering. This material has allowed UConn Civil and Environmental Engineering Professor Arash Zaghi, and his Ph.D. students, Kevin McMullen, Alexandra Hain, and Dominic Kruszewski, the ability to develop an alternative repair that could save millions of dollars, avoid large-scale shutdowns, and regain the original strength of a beam.

The implementation, which is being coordinated with the Connecticut Department of Transportation, will happen during the summer of 2019, and could potentially save the state a significant amount of money, if successful:

“A traditional repair may cost about three or four million dollars, and a complete bridge replacement could cost tens of millions of dollars,” Zaghi said. “Using this repair method for just one bridge could save the state millions of dollars and would not need the bridge to be shut down.”

The implementation would be the final step in a three-phase project which began in 2015. The other two phases, involving simulated modeling and full-scale testing, were well received by the DOT.

Zaghi said that the ultra high-performance concrete is special, because of its strength and ease-of-use:

“One of the most crucial characteristics of this concrete is that it’s about six times stronger than normal concrete,” Zaghi said. “Additionally, its viscosity is equivalent to maple syrup, and that flowability allows us to cast the material into very complex and unique geometries.” 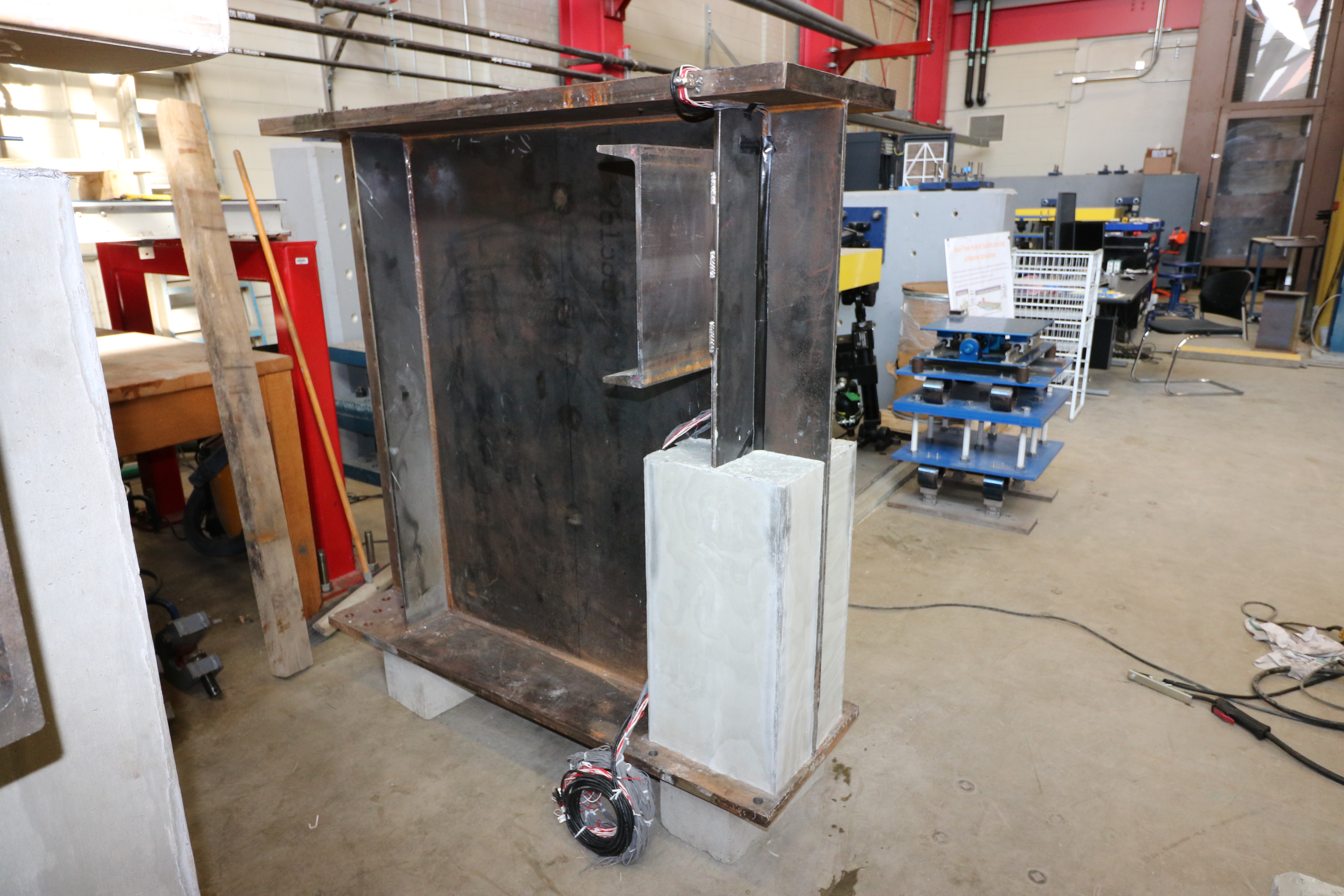 The flowability is especially key, as corrosion on a steel beam doesn’t form in a perfect shape, but creates its own unique form. By creating that customized shape, workers will be able to weld headed studs into the intact portion of the beam, and then encase the girder end in the ultra-high performance concrete. The repair requires no traffic shutdown, no jacking of the superstructure, and can be completed much faster than conventional repair methods.

If Zaghi and his team’s novel repair works, the possibilities and applications could be nearly unlimited, considering the large amount of steel bridges in the United States, which are rapidly deteriorating. According to Kruszewski, the situation is dire:

“It’s sort of like a fulcrum right now, where we’re noticing bridges from the 1950s and 1960s are all reaching their service life, almost at the same time,” Kruszewski said. “This was the result of a huge infrastructure boom during the Eisenhower administration.”

According to the team’s research, there are a total of 56,000 structurally deficient bridges throughout the country. Over 75% of these bridges are over 50 years old and have exceeded their design life. Corrosion damage is a major problem for aging bridges across the country and approximately $273 billion is spent annually on corrosion maintenance, $8.3 billion of which goes to the repair and replacement of highway bridges.

According to McMullen, the huge corrosion problem is very prevalent in Connecticut and the eastern United States:

“In the northeast, and in Connecticut, a lot of our bridges are made from steel,” McMullen said. “In places on the west coast, like California, they don’t have this problem as much, because a lot of their bridges have been made from concrete.”

Hain says that in the year leading up to implementation, UConn and the Connecticut DOT will take long and deliberate steps to make sure the process goes smoothly:

“We’re going to be working closely with the state DOT to transfer all of the knowledge we learned from phase one and phase two, and to support the implementation of the new repair,” Hain said. “Our goal is for Connecticut DOT to be able to use this repair statewide and have the ability to perform the repair in-house.”