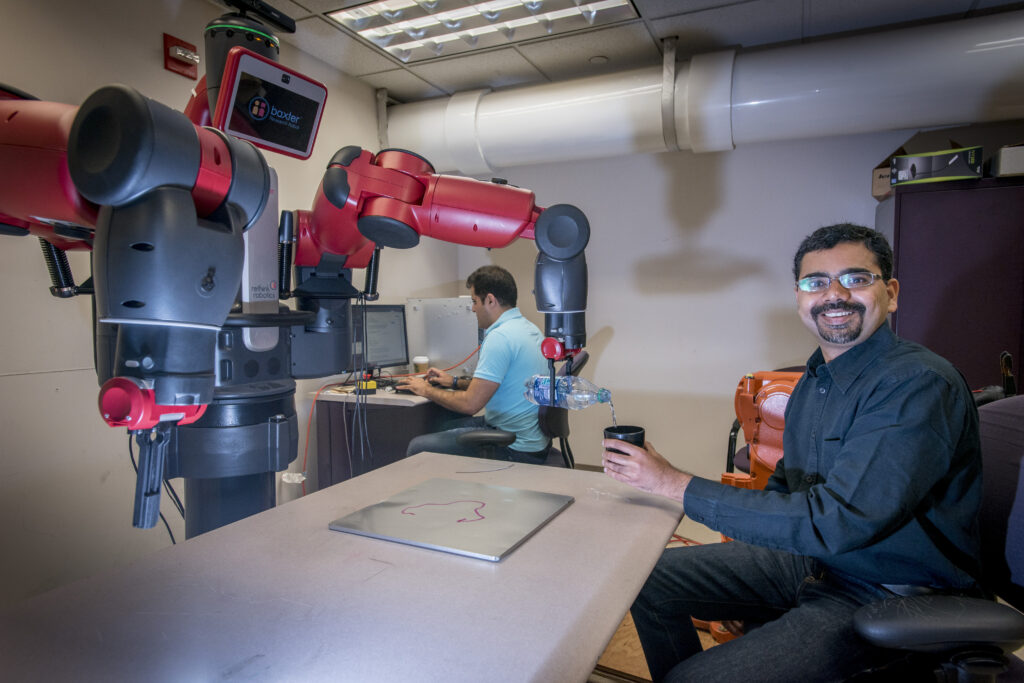 While popular fiction brings to mind talking and walking machines, a broader definition of a robot is a machine that is capable of autonomously carrying out complex actions.  Robotics is a growing field that has applications in a number of commercial areas including healthcare, logistics, manufacturing, maintenance, surveillance, amongst others.

The robotics engineering major will have an interdisciplinary curriculum that integrates the disciplines of electrical engineering, computer engineering, mechanical engineering, and computer science.  Students will get hands-on experiences in building small-scale robots and learning techniques to control and automate these robots in a variety of settings.  The skill set developed as a robotics engineer opens up a wide variety of career opportunities in various fields including electric machines, autonomous control, embedded systems, and artificial intelligence which are all relevant in a number of industries.  Robotics is anticipated to see significant growth in employment over the next decade.  Data  from the Bureau of Labor Statistics pegs robotics engineering as seeing  a nine percent growth in jobs from 2016 to 2026, and PayScale.com projects an average salary for robotics engineers of about $80,000 a year.

UConn Engineering has established itself as a leader in robotics research with participation from several faculty in the ECE, ME, and CSE departments.  Highlights include research in autonomous drones, path planning, human robot collaboration, cyborg insects, and others.  UConn is also an active member of the Advanced Robotics in Manufacturing Institute.