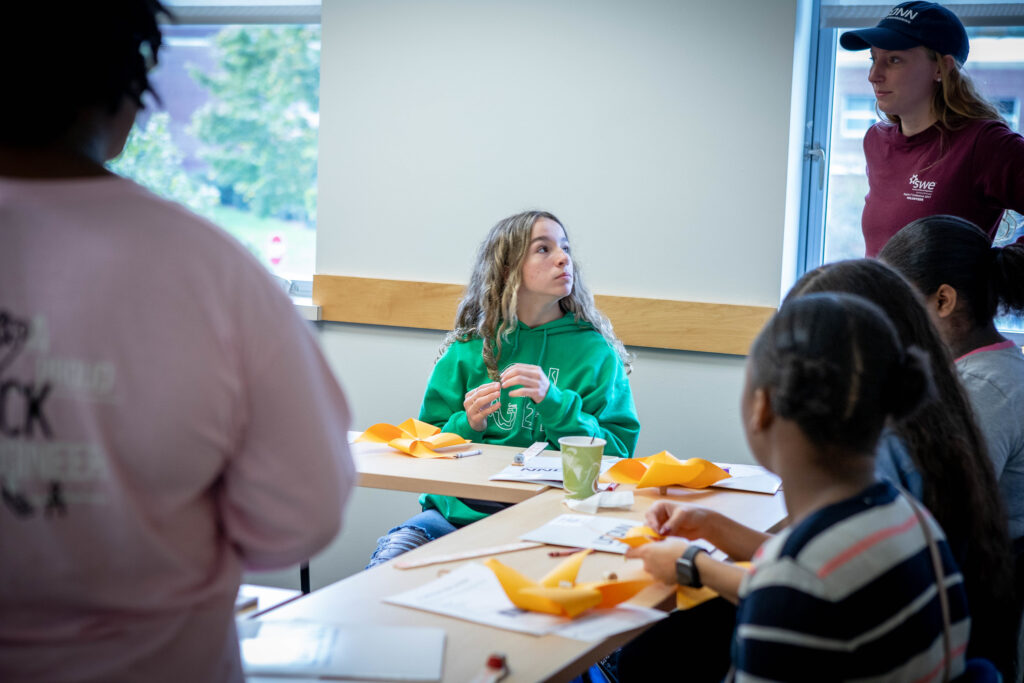 For the first time in the University of Connecticut School of Engineering’s history, over 30 percent of the freshman class at the main Storrs campus will be female—a crucial milestone on the road towards complete gender equity.

The official number, 31 percent, represents decades of work by the School to change the narrative of engineering as a male-dominated academic discipline through crucial capacity-building programs like BRIDGE, Multiply Your Options, SPARK, and many others.

Compared to schools of engineering across the country, UConn stacks up near the top, as evidenced by a Washington Post survey that named UConn as the top public institution in the U.S. for growth in female undergraduates from 2010 to 2015 and recognition by Women Engineer magazine in 2019 as a “Top 20 University” for fostering diversity and inclusion among its student and faculty population.

Comparing that 30 percent female number nationally, the National Society of Women Engineers counts only 9.5 percent of female freshman who had intentions to major in engineering, math, statistics, or computer science.

In the workforce, the current percentage of females who are professional engineers is better, but still dismal. According to the U.S. Census, “Women working in engineering occupations increased from 3% in 1970 to 15% in 2019. And while the percentage of women in computer occupations is higher than in 1970, it actually decreased between 1990 and 2019.”

For more information on the programs and initiatives that increase and foster diversity at the School of Engineering, please visit https://inclusion.engr.uconn.edu/.