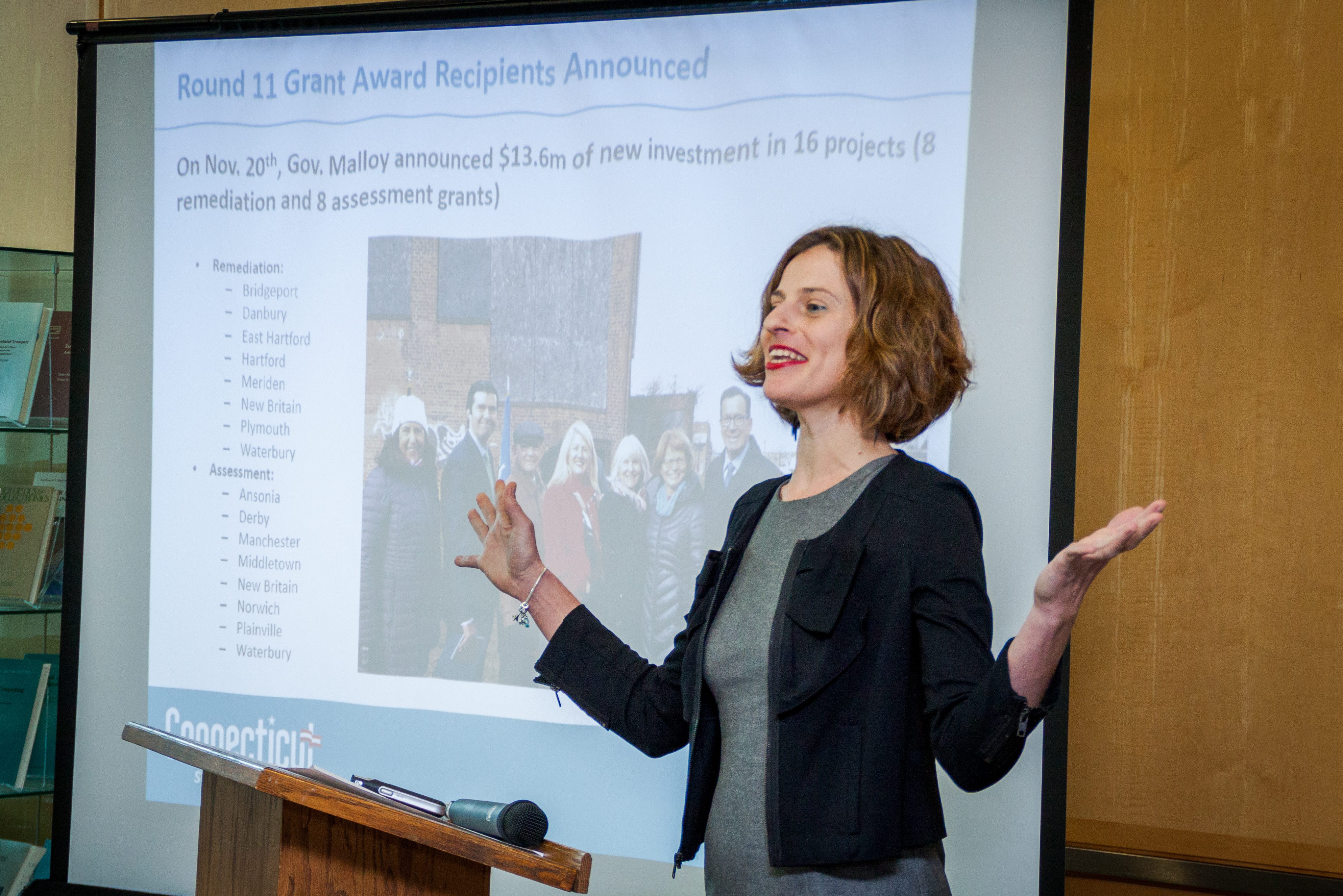 Dr. Chrysochoou, in a ceremony held in the ITE Building in November 2017, introduces and launches the Connecticut Brownfields Initiative (Christopher Larosa/UConn Photo)

The University of Connecticut School of Engineering is proud to announce the appointment of Dr. Maria Chrysochoou, a talented scientist, teacher, and academic leader, to the position of department head for the Civil and Environmental Engineering Department. Dr. Chrysochoou, when she assumes her new role at the beginning of the Spring 2019 semester, will become the first female department head in the School’s 102-year history.

Dr. Chrysochoou will be stepping into a department that has been in the capable hands of Dr. Amvrossios Bagtzoglou for nearly a decade. During his tenure, the CEE department increased the number of faculty by nearly 40%, recorded a 318% increase in research expenditures (largest departmental increase in that time period), and has seen its student population in the Environmental Engineering program become a majority female.

Dr. Chrysochoou has served as the Director of the Environmental Engineering program since 2015, has been a faculty member in the CEE department since 2007, and received her Ph.D. in environmental engineering from the Stevens Institute of Technology in 2006.

In addition to serving as the program director for EE, Dr. Chrysochoou is also the director of the Connecticut Brownfields Initiative, an interdisciplinary training program, launched in 2017, which is teaching students how to transform polluted and abandoned property into valuable land. Students in the program work directly with Connecticut cities and towns to revitalize and restore properties, gaining experience while supporting local communities.

She is a member of the American Society of Civil Engineers (ASCE) Geoenvironmental committee, serves as a subject matter expert for the Federal Highway Administration, was named a Marie Curie Fellow in 2013, and received the U.S. Environmental Protection Agency People, Prosperity, and the Planet Award in 2012, for her and her team’s use of local byproducts to stabilize soils against erosion in Nicaragua.

The move comes on the heels of the School’s strong push to increase females in engineering over the past several years, in a field which suffers from severe underrepresentation. On the student side, UConn was named the top public institution in the country for closing the engineering gender gap, in a survey conducted by the Washington Post. Overall, across the country, female engineering students comprise only about 21 percent of the undergraduate population, and UConn Engineering has a population that is 38 percent above the national average.

For more information on Dr. Chrysochoou, and the Civil and Environmental Engineering Department at UConn, please visit: https://cee.engr.uconn.edu/.