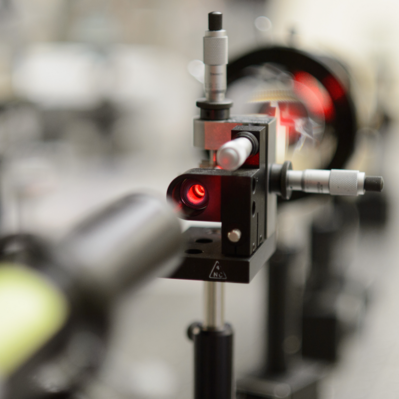 UConn announced that the U.S. Patent and Trademark Office has issued the university and Board of Trustees Professor of Electrical and Computer Engineering, Bahram Javidi, PhD, a US patent for his technology, “Method and System for Verification
and Authentication Using Optically Encoded QR Codes.” The original findings were published in IEEE Photonics Journal.

Quick Response codes, commonly referred to as QR codes, can be found on almost anything today, from posters to products for sale. First designed for use in the automotive industry, these small black and white boxes improve upon the standard barcode technology because they can more store more data efficiently and have greater readability.

While standard QR codes are visible on most products today, Javidi and his research team have developed a unique design that could have significant potential for use in the semiconductor and electronic manufacturing industry. Developing improvements on the standard QR code technology has been a major priority for the US government and global companies to protect against  illicit recycling and counterfeiting. Specifically, this technology provides for improved methods to guarantee that products like microchips are not recycled or counterfeit, a problem that can be both expensive and dangerous in chips used for military applications.

The UConn research team’s patented technology centers around the use of advanced 3-D optical imaging and extremely low light photon counting encryption. This approach can transform an ordinary QR code into a sophisticated cybersecurity tag that can be used to protect the authenticity of various items including integrated circuits, also known as microchips.