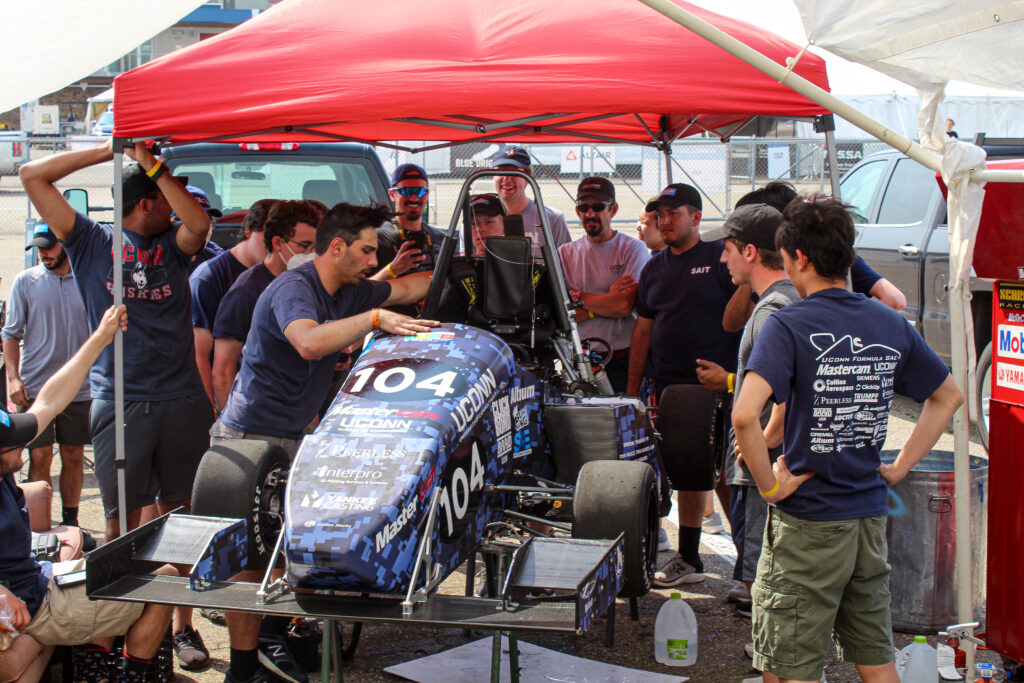 At the end of the Spring 2022 semester, the UConn Formula SAE team placed in the top ten of multiple different categories in the national Formula SAE Michigan competition held at the Michigan International Speedway.

UConn Formula SAE, a club that has existed for several decades, builds a small-scale Formula 1 style race car each year, employing a team of around 50 students, who come from different majors across the University. The car that was created this year was the 13th generation and had been upgraded with a front and rear wing, giving the driver more grip and downforce. The club is advised by Thomas Mealy, senior mechanical engineer in the Mechanical Engineering Department.

Despite having to swap out the engine at the last minute, the team placed third in the endurance race, fourth in the autocross race, and tenth overall, in a field that featured nearly 100 teams from schools all over the country. The team had never reached the top five in the autocross competition, which pits teams against each other based on timed runs.

In their competition newsletter, the team was proud of their overall result, and they attribute their success to that successful autocross finish.

“Never has there been a more focused and well-oiled group of people to achieve such a task. Everyone knew what needed to be done, and no one was ready to go home. Under the fear of almost certain failure, our team fought for the ability just to compete another day. Unknowing that our efforts to just stay alive would turn into triumphs. As it turned out, Autocross was just the beginning,” according to the team.