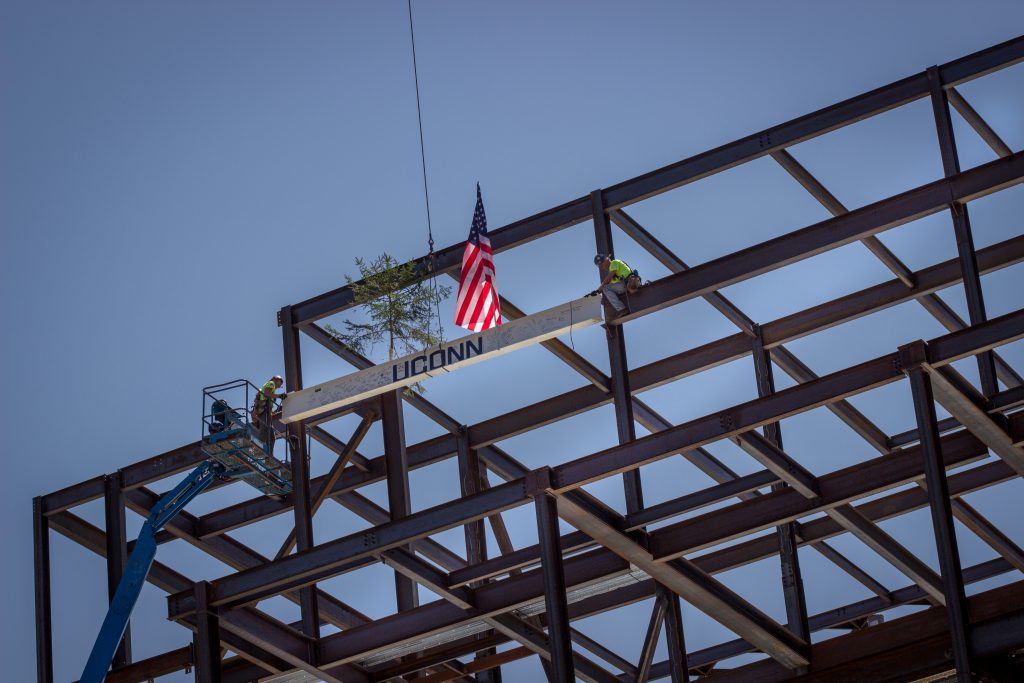 The final steel beam is set in place on the new engineering complex. (Christopher Larosa/UConn Photo) 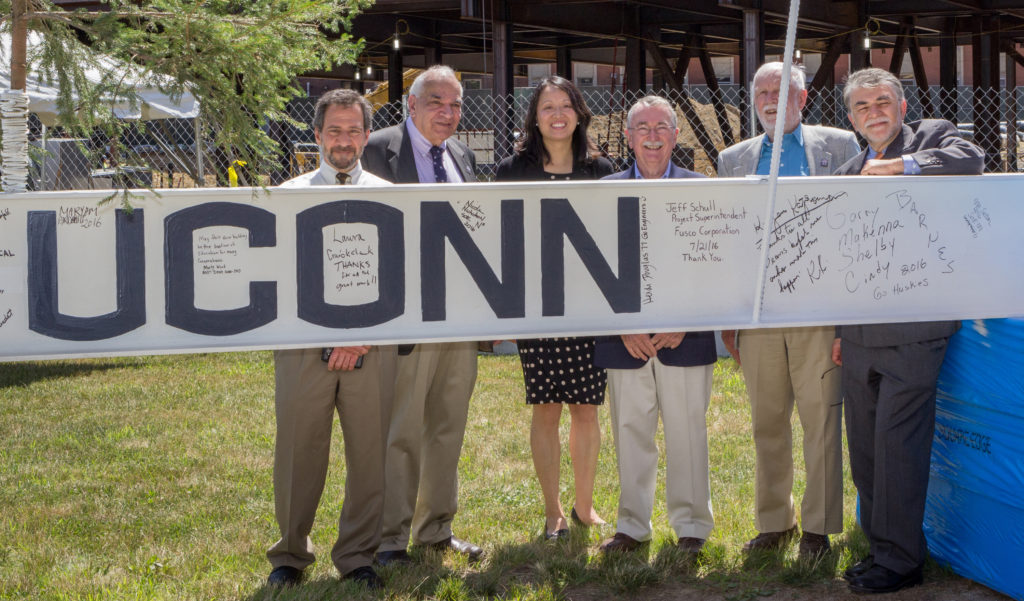 The five-story, 118,000-square-foot structure, located at the north end of the Storrs campus, was made possible through funding from 21st Century UConn and Next Generation Connecticut.

The ceremony allowed construction workers and UConn officials to sign the ceremonial final steel beam, then watch as it was raised and bolted to the building. Former and current engineering deans and associate deans attended the ceremony.

“I’m fortunate that this is happening on my watch,” said Engineering Dean Kazem Kazerounian. “A building is built brick by brick, and the first bricks of this were laid 15 and 20 years ago, so I’d like to acknowledge former engineering deans Lee Langston and Harold Brody.”

The Engineering & Science Building will feature an innovative open-floor layout designed to encourage interdisciplinary collaboration and to allow scientists to share both knowledge and equipment in the labs.

Three of the building’s five floors will be dedicated to engineering research, with laboratory space devoted to high-tech fields such as virtual reality systems, controls and sensors, bioengineering, and nanomaterials. The other two floors will house UConn’s Institute for Systems Genomics and Center for Genome Innovation. Laura Cruickshank, UConn’s university master planner and chief architect, said that this new building is part of securing UConn’s future.

“This building isn’t really about us. It’s about your kids and grandkids, about making sure they’re able to come to a world class university,” Cruickshank said.

UConn engineering is celebrating its centennial in 2016, honoring the start of its four-year engineering degree program in 1916. The Engineering & Science Building will open up much-needed classroom, lab, and office space in other areas around campus to meet a surge in undergraduate and graduate student enrollment in the School of Engineering and other disciplines over the past decade. It will also help accommodate a large wave of new faculty at UConn over the past five years. 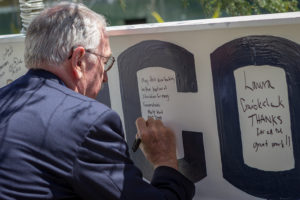 To punctuate the impact that the new building will have on UConn, former Engineering Assistant Dean Marty Wood signed the beam “May this new building be the bastion of education for many generations.”