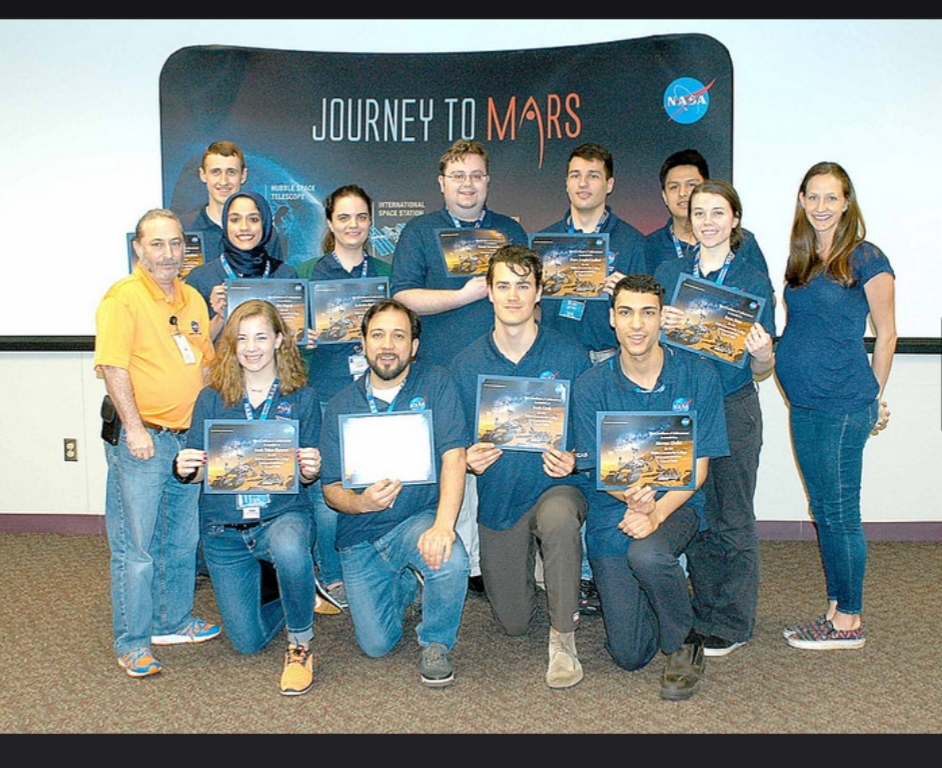 Ghellai (first row, first on the right), who just recently transferred to UConn from Manchester Community College, is pictured here with his fellow NCAS Scholars.

This past semester, Marwan Ghellai transferred to the University of Connecticut from Manchester Community College. But, even though he’s brand new, he’s already had experience beyond the classroom, and beyond our world.

Gellai, a sophomore in Mechanical Engineering, when he was still a student at MCC, was accepted into the NCAS (NASA Community College Aerospace Scholars) program, which is a program aimed at getting engineering students aware of what NASA does and how they do it, and the future of the government body. The program encourages community college STEM students near the end of their Associate’s Degree to either finish a 2-year degree or transfer to a 4-year university, and later pursue a NASA-related field or career.

After he was officially accepted in the program, Gellai had to complete a five week online course, which had him and the other Scholars take quizzes, participate in discussions, and attend webinars with NASA engineers and scientists.

After completion of that course, Gellai was eligible to take a trip the Stennis Space Center in Mississippi. During his trip to the Space Center, Gellai received tours around NASA, met engineers, scientists, and directors of the Space Center, and participated in a hands-on project against four other teams, where they had to program, design and build a mini rover to retrieve rocks and toy astronauts. Because of his leadership, Gellai was made project manager of his team, and was later named MVP.

Reflecting on his experience, Gellai said he is inspired more than ever to be successful at the UConn School of Engineering, and is excited to get the same education that multiple alumni, who are now NASA astronauts, have received:

“UConn is widely known for its competitiveness and high-quality education,” he said. “Ever since joining UConn I walk out each week more excited than the next. For me, it is a different environment and I am a little nervous, because now I have to do much more to prove myself—but that is what makes UConn great.”

For more information on the NCAS program, please visit: https://nas.okstate.edu/ncas/index.html