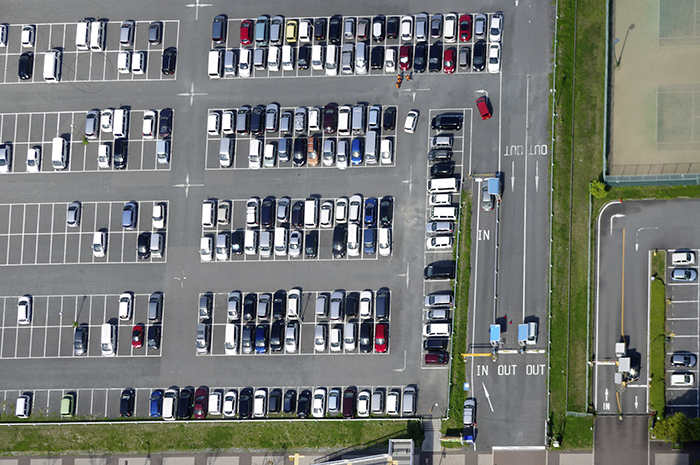 While it seems like common sense to invest in parking to alleviate gridlock, two UConn professors and a UConn Ph.D. graduate have published work that suggests more parking availability leads to more traffic.

Professors Norman Garrick, civil and environmental engineering, and Carol Atkinson-Palombo, geography, along with UConn graduate Chris McCahill at the University of Wisconsin’s State Smart Transportation Initiative, have been working to examine how parking and highways have affected traffic throughout the years.

“The argument for building parking in the sixties was that traffic was going to increase therefore we need more parking and more highways,” Garrick said. “What we are finding with this research is that it was supplying parking and highways that actually facilitated the increase of traffic.”

Garrick said that in transportation research it is extremely difficult to prove cause and effect, in part because you cannot set a controlled experiment in which you tell some cities to increase parking and some to do the opposite. They had to find a different way to tease out what was cause and what was effect when it came to understanding the role of parking in the cities that they have been documenting for the last several years.

To do this they used a methodology developed in the 1960s which was used as a guideline to show a link between smoking and cancer. Th Bradford-Hill criteria for causation, from the field of epidemiology, is a list of conditions that suggest a cause and effect relationship between two observed events.

Using data going back to the 1960s, they were able to use the Bradford Hill criteria to strongly suggest that an increase in a city’s parking caused an increase in the city’s traffic. The study looked at 10 cities with varying rates of automobile use, including Hartford.

“What happened in cities like Hartford was that many trips, even relatively short ones that were once done by walking, biking or transit became automobile trips. Hartford saw a huge increase in car traffic with little or no economic gain. In comparison, cities like Cambridge and Berkeley experienced the opposite and now have more people walking to work than they did in the sixties,” Garrick said.

The increase in parking in downtown Hartford, from 1960 to 2000. Map by Chris McCahill & Norm Garrick

Their current research into parking ties into previous research conducted by Garrick and Atkinson-Palombo into how highways can contribute to congestion.

“A lot of what we have done in the transportation field is supposedly using models to predict the future. Garrick said. “We have actually made the future come true and gone beyond that predicted future. As we built more highways and more parking, we got even more driving than we predicted. It is a vicious cycle that is still ongoing for many cities. The end result is the continuing hollowing out of cities like Hartford,” Garrick said.

“One of the things we’re showing is that [Hartford] has foregone a huge amount of tax dollars- millions of dollars- by providing parking,” he said.

Atkinson-Palombo said that taxes can be used to encourage city development and limit what they call parking craters- portions of a city that are just parking lots, devoid of housing, businesses, and other positive features.

“Some cities have changed the way they tax buildings relative to land. If they’ve got really low taxation of vacant land, the hypothesis is that it incentives people to scrape the building off and just have surface parking. If you increase the taxation on land, you can completely change the profitability equation,” She said.

Garrick brought up how Cambridge, Mass. has set the taxation rate on parking garages at a much higher rate, which allows the city to promote development. Atkinson-Palombo cited Pittsburgh as a city that has used taxation as a means to dissuade parking lots. Garrick also mentioned Washington, D.C. as a city that has worked to counter excessive highways and parking lots by promoting development and public transportation options.

“Policies affecting cities play out over a time span of decades rather than months. However, few researchers nationwide are looking at the long term relationship between transportation and its effect on the environmental, social and economic sustainability of places.”

Garrick said that what he and Atkinson-Palombo are ultimately trying to do is to demonstrate transportation and urban development policies employed to solve perceived short-term problems can have lasting impacts on the lifeblood of communities and the people who live there.

“We need to adopt a transportation planning approach that is holistic in its scope and that look to the long-term well being of places,” Garrick said.