UConn Recognized as a Leader in Educating Women Engineers 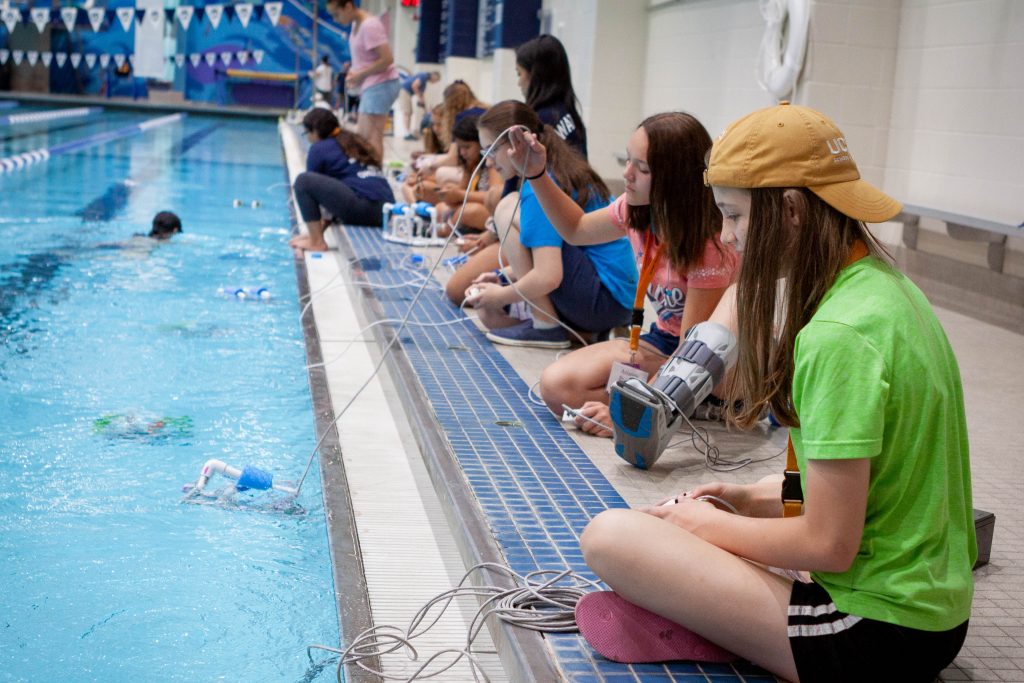 A group of SPARK campers work on their underwater robots in the UConn Wolff-Zackin Natatorium during the summer of 2019. SPARK seeks to mentor and encourage 7th-9th grade females to enter the STEM fields through overnight summer camps. (UConn Photo/Christopher LaRosa)

The University of Connecticut School of Engineering has once again been recognized as a leader in the nation for fostering diversity and inclusion among its student and faculty population, according to a new “Top 20 Universities” list released by Woman Engineer magazine.

The list, which includes schools such as Carnegie Mellon, Massachusetts Institute of Technology, Columbia University, and Princeton University, was determined by a survey of their 135,205 women engineering student and professional subscribers.

This honor adds to the school’s recognized work toward gender equity and diversity in an engineering industry which has struggled with recruiting and retaining underrepresented minorities.

As part of the growing recognition for UConn, The Washington Post published a survey that documented Connecticut’s flagship was the top public institution in the U.S. for growth in female undergraduates from 2010 to 2015.