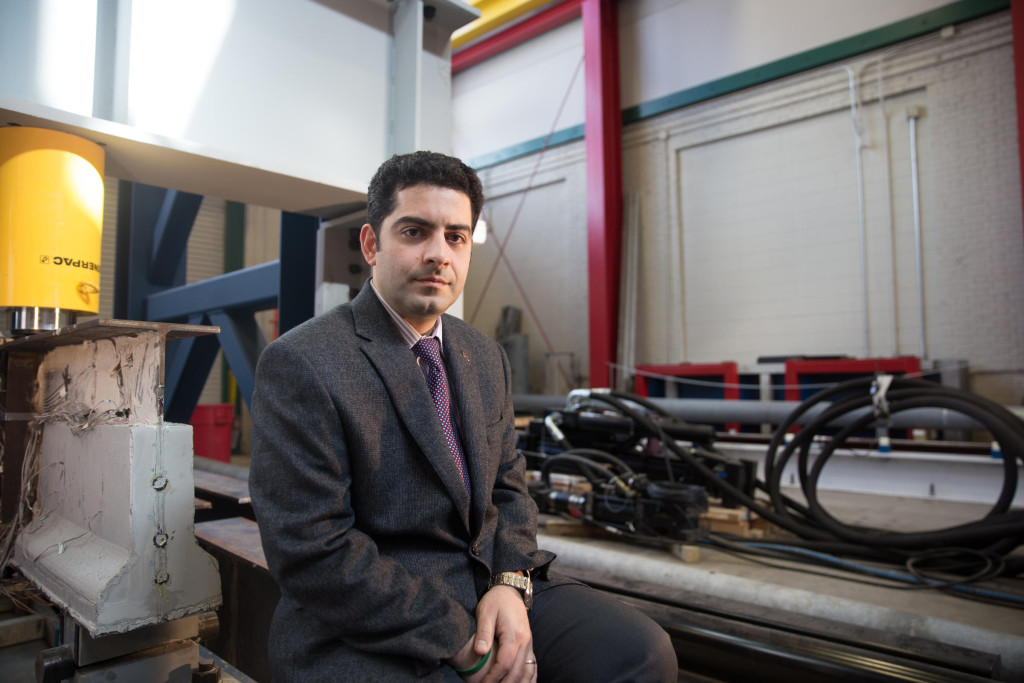 Standing in a laboratory packed with various scientific instruments, University of Connecticut engineering professor Arash Zaghi gestured to three steel beams, modest in appearance where they sit under the large and brightly-painted hydraulic-powered machine capable of applying weights of up to 275 tons.

Engineers refer to these beams as girders, a key component in bridge support. These three girders, modeled after a bridge in the Hartford area, were pressed under the lab’s hydraulic load machine until their point of failure.

To read the rest of the story on NPR, click here.