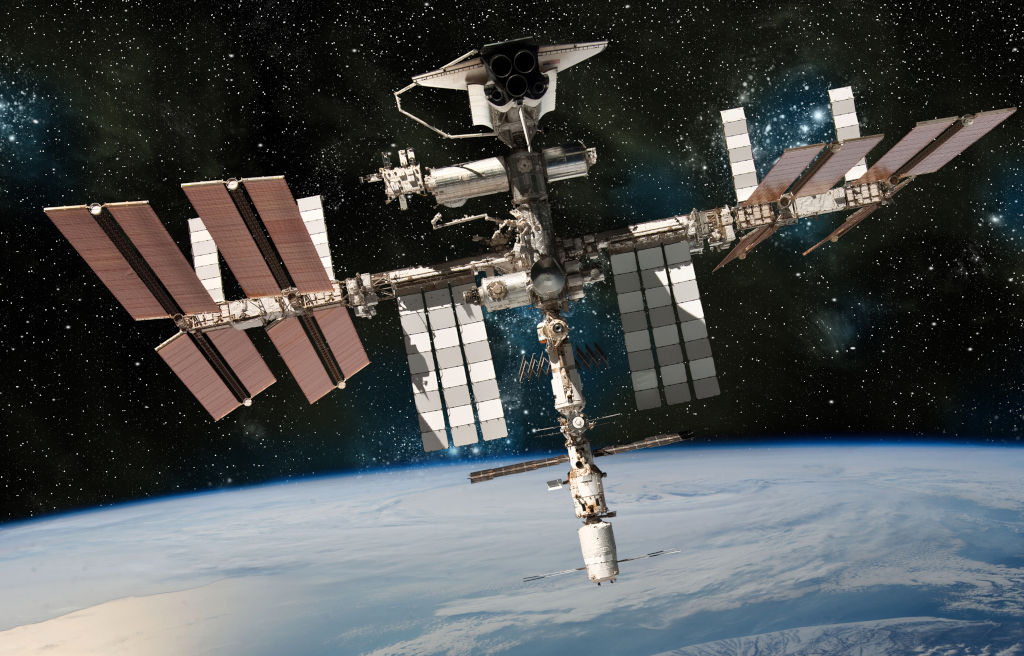 Associate Professor Yupeng Chen and his team of six graduate and eight undergraduate students will work with astronauts aboard the ISS doing experiments aimed at advancing in-space manufacturing concepts for the production of potentially marketable biomaterials for use in therapeutic and regenerative treatments here on earth for arthritis, cancer, and neurological diseases. The $1.86 million contract is one of eight winning proposals submitted in response to a NASA Research Announcement seeking space production applications for three low-Earth orbit (LEO) missions scheduled over 27 months.

Chen, who is PI of the project, will work with two partners – UConn spinoff, Eascra Biotech of Boston, and Axiom Space, a private aerospace company based in Houston, Texas – to conduct a proof-of-concept study aboard the ISS involving the fabrication of Janus base nanomaterials (JBN), a family of novel biomaterials that mimic DNA. The collaboration combines Axiom’s experience in spaceflight operations and space infrastructure development with Eascra’s expertise in the development of advanced biomaterials and project management, including venture capital fundraising and implementation of future product commercialization initiatives associated with the project. Two of the flights will be funded by NASA and one flight will be supported by Axiom’s private astronaut mission in spring 2023.

“This project will establish a roadmap to commercialize the in-space manufacturing strategy for a family of DNA-inspired Janus base nanomaterials used for tissue regeneration,” says Chen. “Leveraging the benefits of microgravity in the fabrication process has the potential to deliver more orderly JBN structures to achieve better structural integrity and therapeutic outcomes.”