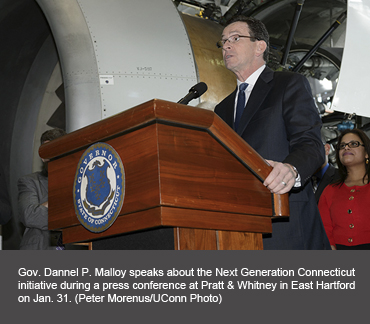 The University of Connecticut and the State of Connecticut have unveiled a groundbreaking proposal to propel UConn to the forefront of high-tech research and academics while significantly enhancing the state’s economic development efforts for decades to come.

The investments would represent one of the most ambitious programs launched at a public research university in recent years, and include the establishment of the first honors program nationwide specifically for high-achieving STEM students. The benefits would be felt throughout the state and region in the form of new jobs, research innovations, and companies.