Two of New England’s flagship universities are teaming up with the U.S. Navy to provide a new opportunity for engineering undergraduates considering careers in the Navy and undersea engineering.

The University of Connecticut and University of Rhode Island won a $1.3 million grant from the Office of Naval Research to create a community of students, faculty, government, and industry leaders that will strive to expand the Navy science and technology workforce.

The three-year grant will be divided to establish joint programs, making it possible to educate and train workers who will be a pipeline to the naval community that is vital to the economic livelihood of the region. 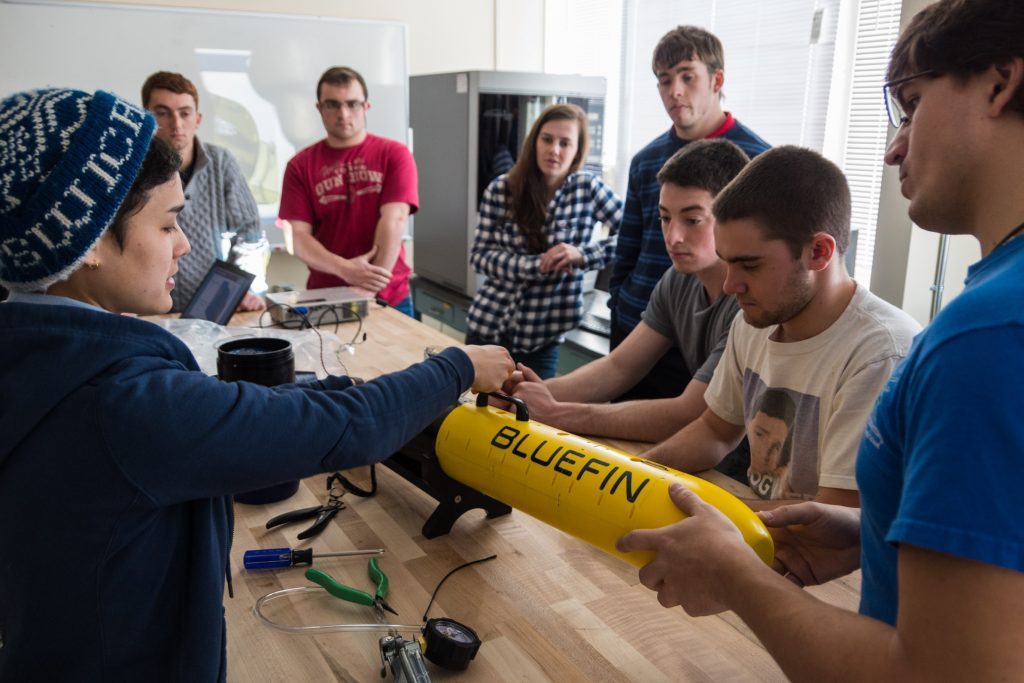 “Through this grant, UConn and URI are able to pursue an integrated suite of programs that leverage existing resources and complement Navy programs to educate a powerful workforce,” says Michael Accorsi, senior associate dean of UConn’s School of Engineering, and executive director of the grant. “We will be able to meet the critical need to build the next generation Naval workforce.”

Southern New England – in particular, these two states – is a critical region for the Navy. The region is the primary supplier of Naval submarines, and home to some 600 firms that provide parts for the submarine fleet.

The region is also home to the Naval Undersea Warfare Center, as well as Raytheon and Electric Boat, a company where a dramatic increase in hiring is expected. The grant links those institutions, plus the two universities, to create the Southeast New England STEM Coalition.

As part of the coalition, UConn and URI will launch a new concentration in naval science and technology in the fall in which as many as 50 students on each campus will take seminar-style classes featuring guest speakers from local Navy contractors and the Naval Undersea Warfare Center. Students will also conduct Navy-based undergraduate research and design projects; projects involving new Navy technologies and mentors from the Navy will be encouraged.

“URI and UConn currently offer strong engineering programs that make them highly desirable for Navy-related employment,” says David Taggart, an engineering professor at URI and the program’s URI campus director. “Missing in the existing programs is high-level knowledge about naval science and technology and exposure to the regional Navy community.”

On both campuses students will be encouraged to join Navy-related academic, social, and professional development activities. Workshops, seminars, and networking events will be integral to the program, with the two campuses sharing speakers and co-sponsoring talks. Internships will continue to play a key role in student education. URI and UConn engineering students have been participating in internships in the Navy and Navy-related firms for years, but the grant will allow the universities to build off those relationships and create new opportunities.

To create the coalition, engineering professors from both campuses are partnering on the grant initiatives. In addition to Accorsi and Taggart, leaders includes Daniel Burkey, associate dean for undergraduate education and diversity in UConn’s School of Engineering and UConn’s campus director for the program.

Another faculty member who is involved, James Miller, professor of ocean engineering at URI, notes the specialization required in this field.

“The sea is a very demanding environment,” he says, “and the team of URI and UConn is bringing together some of the best engineers and educators in the world to bear on the Navy’s challenges.”