Here’s the UConn Formula SAE Race Car and the team that competed against 120 teams from nine countries at the Michigan International Speedway in Michigan last week. Always getting 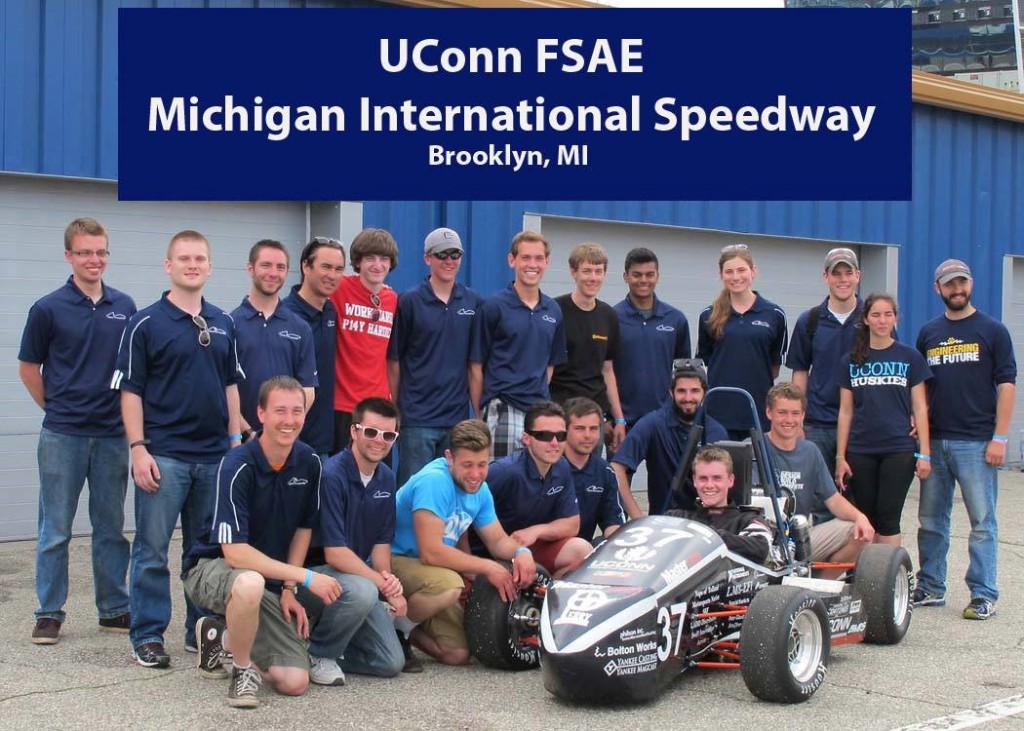 better, the UConn team finished 19th overall, surpassing the placement of last year’s team by one notch. And it was the 14th fastest car in the grueling 20-lap final endurance event. This is the fifth year that the Formula SAE team has competed in the international competition. The team looks forward to building a new, improved car and raising the bar for the 2016 competition.