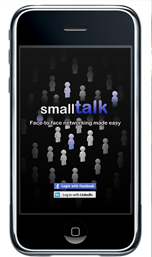 On October 20, a consortium of universities staged a first-ever multi-institutional student innovation poster competition on the campus of Central Connecticut State University (CCSU) in conjunction with the October Innovation Connection networking function. Thirteen teams and individual students from four colleges and universities competed in the poster contest. During the competition, contenders presented posters summarizing their product idea and delivered a short elevator pitch to event attendees, who rewarded their top picks using mock currency.

The top contestants will compete again, this time for real investment dollars, during the November 17th Innovation Connection networking function at ECSU.

The October competition was hosted by CCSU’s School of Business and the Institute for Technology and Business Development, and sponsored by the UConn School of Engineering. A seminar preceded the poster competition, and a networking function rounded out the event.  Between 80 and 100 individuals attended the event.

The entry receiving the most affirmative “votes” from attendees was UConn’s smallTalk team, which developed an app for networking events that provides users with “warm conversation starters” based on data mined from social media sources culminating in a list of attendees and their interest. The students developed a YouTube video describing the app (http://www.youtube.com/watch?v=2G_6dOisveI) and their poster included an enlarged version of how the app looks on a smart phone.  smallTalk was conceived by students Igor Anisimov, Chris Charnowski, Drew Evarts, Eric Rogers and Ryan Rose.  Rose represented the team as its spokesperson during the judging period.

Besides UConn and CCSU, student innovators from Eastern Connecticut State University (ECSU) and the University of Hartford also competed.  The six teams/individuals receiving the greatest number of pseudo bucks earned the opportunity to compete again, this time for genuine dollars, during this month’s Innovation Connection networking event.

The November Innovation Connection function will be hosted by ECSU in Willimantic, and will feature the innovation poster competition, exhibits, seminars on health IT management, a networking function and tours of ECSU faculty laboratories. Attendees are encouraged to bring $5 and $10 bills to make voluntary investments in those projects you find most intriguing. For details and to RSVP, please click here.

The six student teams expected to compete are: