UConn Engineering has long collaborated with industry, a fact that helped shape a discussion on how universities and industry work together at the recent Aerospace & Defense International Trade Summit.

The event, the first of its kind in the state, was organized by U.S. Congressman Joe Courtney & U.S. Department of Commerce. In his opening remarks, Courtney said the event was needed because “there is a huge appetite for this subject matter.” 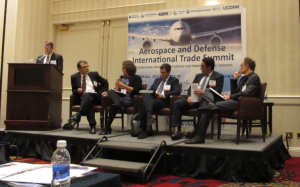 Kazerounian spoke to how the relationship between academia and industry has evolved on both sides.

“I have heard from many of you of how your industry has changed over the past few years,” he said. “I invite you to visit the School of Engineering. You will be impressed to see how the culture has changed and how the professors and faculty are working together with industry.”

These partnerships make sense, he said, as both sides have a lot to gain from the other. He pointed to UConn’s partnerships with United Technologies Corporation, Comcast and Fraunhofer as some of the examples these collaborations

“We both need to realize that we need each other. Industry helps us keep on the ground and helps us stay very relevant,” Kazerounian said.  “At the same time, I think that industry appreciates the profound knowledge and creativity that is available at the universities.”

Universities are allowed more time to develop new research, he said, and that has led to more innovations.

“If you think about the large majority of technologies that have shaped society, they have at one point or another come from universities,” he said. “This is a fact that is very well recognized by  federal agencies and by the state of Connecticut.” 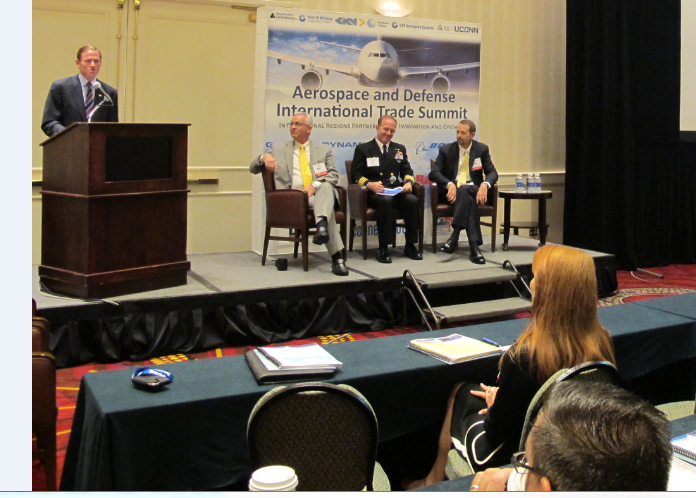 While introducing the panel, Silbart spoke of UConn’s Technology Park, which will include the Innovation Partnership Building, a $170 million building that includes $40 million in high-tech equipment, some of which will expand on the Pratt & Whitney Additive Manufacturing Innovation Center at UConn. Also enhancing the university-industry relationship, he said, is Next Generation Connecticut, the $1.7 billion, 10-year initiative. This, Silbart said, will add faculty to UConn and increase the university’s capacity for students.

“We’re really excited about that initiative because one of the things that it’s going to do is expand the size of our engineering school, and that’s going to allow us to fuel the workforce, which is so badly needed.”