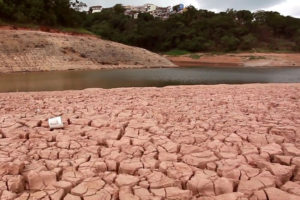 On a typical Friday night, most graduate students would be thinking about their weekend plans to see friends and blow off steam. Instead two UConn Ph.D. candidates are devoting their downtime to tackling climate change one video at a time.

Lori Fomenko and Amir Erfanian, both from UConn’s Department of Civil and Environmental Engineering, started the ClimaMedia project a little less than a year ago. Since then, they have produced half a dozen videos simplifying highly technical climate change research so that the general public can understand and, hopefully, act.

As scientists and millennials, Fomenko and Erfanian saw a huge gap between how the scientific community shares news about their discoveries and the way people consume content in the digital age. While the majority of Americans report being interested in new scientific discoveries, only about 2 percent of annual news coverage between 2007 and 2012 focused on science and technology, according to a report by the National Science Foundation (NSF).

“Every year, billions of taxpayer dollars fund research, but the outcome of all that hard work and money is a 10-page paper written for the author’s peers,” says Erfanian. “This information is important for the public, but it’s not written for them. As scientists, if we want to reach people we need to speak their language.”