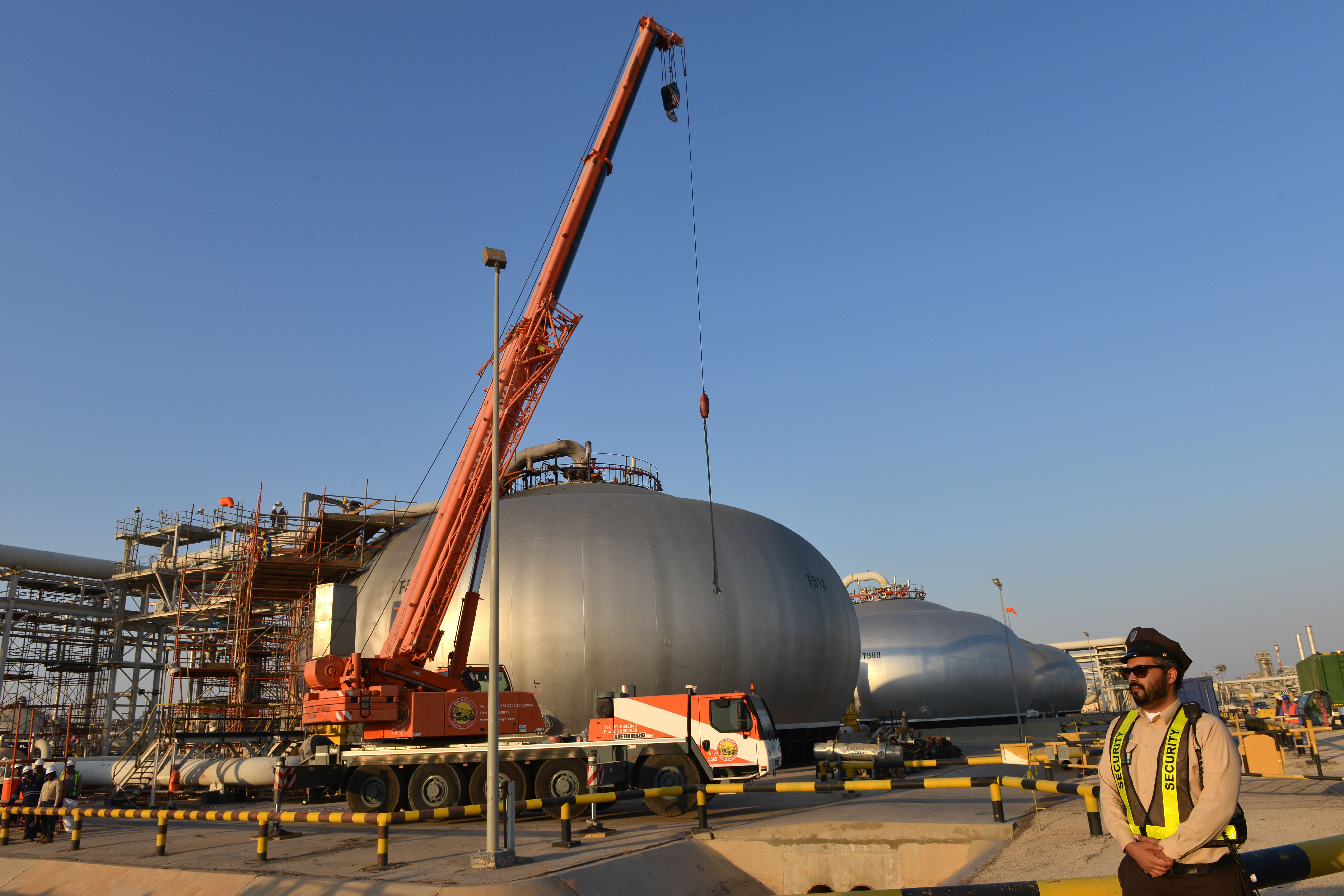 A partial view of Saudi Aramco’s Abqaiq oil processing plant on September 20, 2019. – Saudi Arabia said on September 17 its oil output will return to normal by the end of September, seeking to soothe rattled energy markets after attacks on two instillations that slashed its production by half. The strikes on Abqaiq – the world’s largest oil processing facility – and the Khurais oil field in eastern Saudi Arabia roiled energy markets and revived fears of a conflict in the tinderbox Gulf region. (Photo by Fayez Nureldine / AFP) (Photo credit should read FAYEZ NURELDINE/AFP/Getty Images)

On September 14, 2019, the state-owned Saudi Aramco, one of the largest oil producers in the world, was attacked by several unmanned aerial vehicles (UAVs), causing panic, damage, and a spike in global oil prices. Although the facility attacked had several defense systems, all of them proved ineffective for a low-flying drone.

On a smaller scale, faculty at the Eversource Energy Center at the University of Connecticut are working hand-in-hand with its namesake to build a drone detection system. One of the people leading the project, Chandi Witharana, assistant research professor of natural resources and the environment, explains the plan.

Q: Why is a sensor-based surveillance system a good idea for a utility company?

A: We should take Aramco as a loud ‘wake-up’ call, which we never heard before and we pretty much overlooked. Even a short-run power failure mediated by a drone attack to electrical infrastructure comes at a high price.  On top of that, such failures can trigger cascading events in the grid leading to much larger scale blackout. Imagine a coordinated attack on multiple substations, which would cripple the social and economic operations. Critical utility infrastructure have surveillance systems for perimeter instructions etc. Threat from air is a new form, which requires the same level of attention and surveillance as ground-based threats. As long as people have access to drones the threat prevails.

Q: How vulnerable are electrical sub-stations to drone attacks?

A: The risk prevails in all directions despite the security measures. Although the drones have been made available to civilians, most of the detection, tracking, and aversion technologies are still being confined to military use. Access to the few number of available detection technologies are mainly prohibited by the cost. To give a sense, some advanced systems costs in the range of $100k to half a million dollars. Drone detection is also a growing market but still way behind compared to the drone market. In a sense, the drone technology is disruptive. It has not settled down yet.  We have so far been seeing the bright side, however, the climate is quickly tuning for more of ‘misuse’ of drones worldwide given growth of the market.

Q: To install a detection system, how much time would it take to implement, and how much work would go into an installation?

A: Commercially-available detection and tracking devices are well-packaged and readily deployable, however, they are prone to limitations in terms of detection and tracking. What we are exploring is the detection capabilities cost effectiveness of commercial sensors with respect to drone types, movements, and varying environmental conditions. One of the key aspects we are looking into is how to analytically combine the data streams coming from multiple sensors to make a real-time prediction of intrusive drones and their paths. Collectively, we want to develop and test an early warning UAV detection system using commercially-available devices to detect and track unauthorized UAV operations near electric substations.