When It Comes to Your Health, Sweat is the Magic Elixir 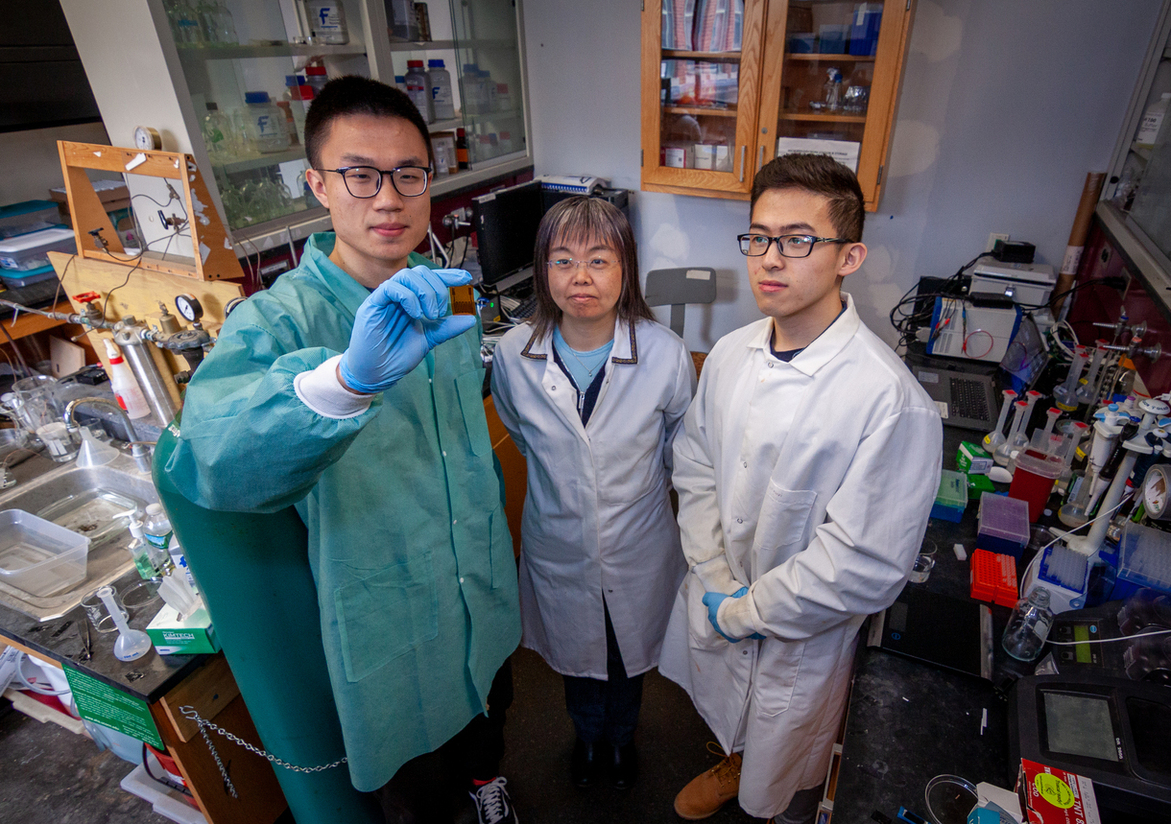 It’s estimated that in the United States, the personal healthcare devices market has become a $300 billion industry, and encompasses everything from glucose-monitoring devices to Apple Watches.

The biggest problem for the industry, though, is the number of devices needed to monitor each piece of health data, and the consumer unavailability of more advanced data metrics.

But, Baikun Li, a University of Connecticut environmental engineering professor, might have a solution to that problem, and it comes from a very common bodily fluid—sweat.

A wearable device that monitors your health through your sweat, Li says, opens up the user to a bevy of physiological information that modern wearable devices aren’t able to:

“One of the biomarkers we can test for through human sweat is chloride, which is a health indicator for your lungs, ” Li said. “If your sweat contains a high amount of chloride, then that’s a major indicator of fibrosis, or scarred and damaged lung tissue.”

Li said that while using sweat as a means to monitor health has been studied before, the novelty of her device lies in the ability to integrate millimeter-sized sensors, printed using inkjet technology, onto ultra-thin polyimide films, which will measure major biomarkers, including glucose and lactate levels, electrolytes, and skin temperature. Additionally, the device will use the individual’s lactate, produced from sweat, to power a flat enzyme-lactate biobattery, allowing the team to ditch traditional re-chargeable batteries. 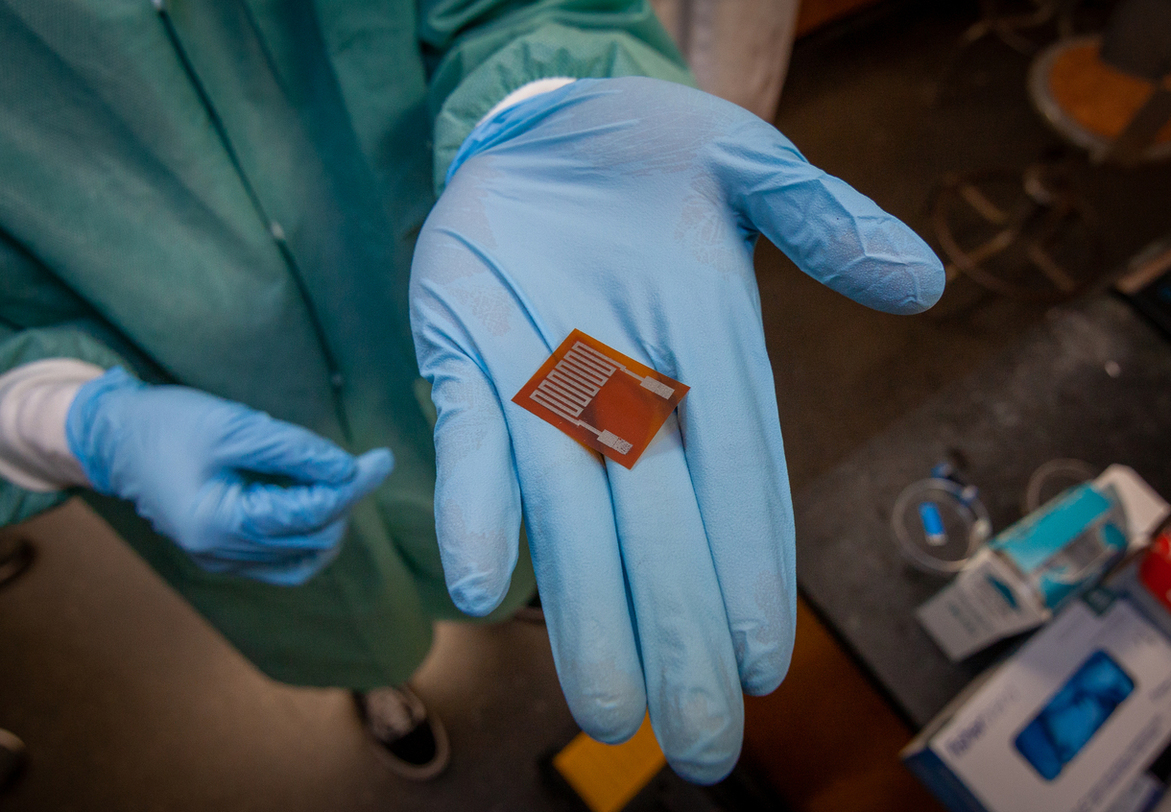 Funding for the development of the prototype was provided by The BioScience Pipeline program, a grant program sponsored by Connecticut Innovations. The BioScience Pipeline program was founded in September 2015 to enhance biomedical commercialization by providing milestone-based funding of up to $30,000 per project. In its fourth award round, this $500,000 per year pilot program provides critical funding to interdisciplinary ventures for business strategy, market definition, and prototyping activities. Awarded projects were selected based on their potential to create economic value and transform human health.

And transforming human health and creating economic value it will, says Li. According to her and her team’s research, the fully integrated milli-electrode array has an unbeatable advantage over existing sensors, which can only measure a single biomarker, and the full device can provide solutions for initial diagnostic screening that can be more cost-effective and less time consuming.

“Our short-term goal is to test this in a hospital setting, but in five or six years from now, we can see this available right on the shelf of your corner drug store”

Li said that her and her students are currently working on a couple of different issues, which includes getting the biobatteries to be less bulky:

“In order to power the whole device, it takes about one volt of energy, which can’t be done through just one biobattery, you’d have to stack multiple batteries to get your desired output,” Li said. “While we’ve been able to do that, the problem exists in the bulkiness of stacking batteries, which isn’t good for a wearable device.”

Li said that currently no one in the world has been able to figure out how to stack biobatteries in a way that would make them completely flat, so she said that’s been a roadblock.

But, what Li is proud about is how much cross-discipline collaboration has occurred during the process of developing the device, and how much she has expanded her research horizons:

“My interest in this research goes back to my Ph.D., when I was working with microelectrode sensors for monitoring of wastewater,” Li said. “When I came to UConn in 2006, I teamed up with Dr. Yu Lei in Chemical Engineering, who introduced me to inkjet printing and miniature flat sensors, which launched me into a completely new area of research.”