Getting good grades in a good major at a good school are important steps to launching a successful business career, but a key component that shouldn’t be overlooked is the importance of social interaction.

Graduate students at the School of Engineering at the University of Connecticut who are members of the Student Association of Graduate Engineers (SAGE) live the mantra of the group’s mission statement: “to expand professional and social opportunities given them to better engage in community life.’’

Recently five of those SAGE members were given $3,000 scholarships for, in the words of Associate Dean Mei Wei, “The time and efforts put in to realize and recognize the importance of engaging in social activity.’’

“Landing a job after you leave UConn,’’ said Wei, “involves so much more than how well you did in your classes. SAGE teaches the importance of being successful, how to interview, how to be practical, how to be engaging.’’

Added Aida Ghiaei, Director of Graduate Outreach & Diversity at the School of Engineering and SAGE’s advisor: “We have ongoing activities that all stress the same theme – the importance social interaction plays in professional development.’’

Lof joined the faculty at UConn in 1952, as an assistant professor of electrical engineering. As the next generation of computers were developed, he advised and assisted UConn in opening an engineering computer center. He was the director of the Computer Center and also taught courses in computer programming.

Wortman, who is a sixth-year graduate student, said he came to UConn “shy and quiet. I didn’t know a lot of people. SAGE has taught me the importance of interacting.’’ 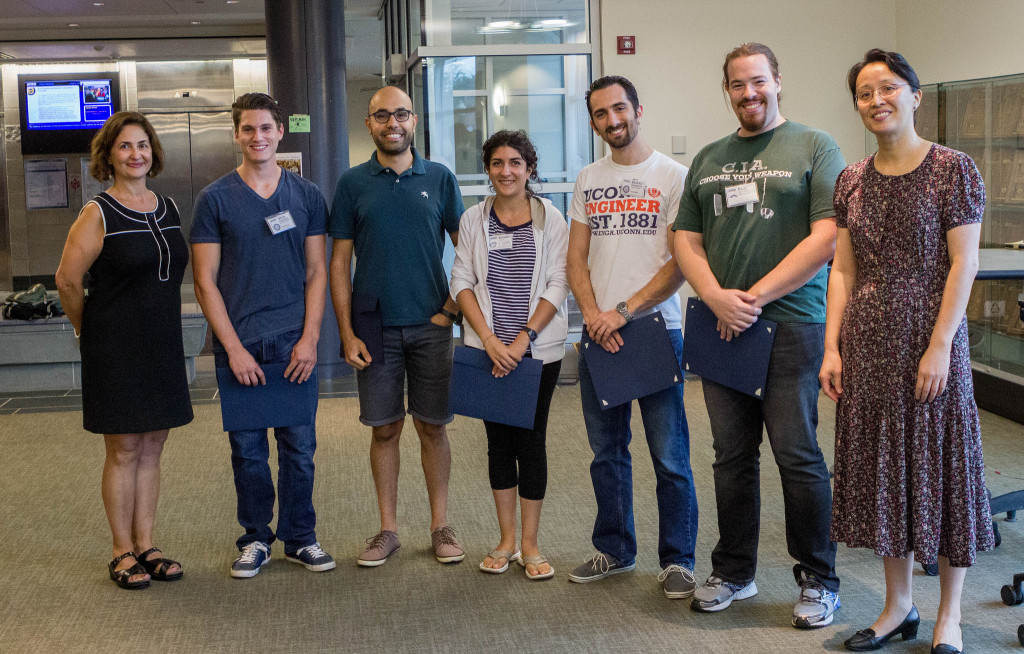 The UConn Foundation is in the midst of its Transforming Lives initiative that aims to double the amount of financial support, including merit and need-based scholarships that the foundation raises for the benefit of the UConn student body.

The Foundation recently reported it raised nearly $78 million in contributions and pledge commitments during fiscal year 2015, including $16.3 million for scholarship and student support.